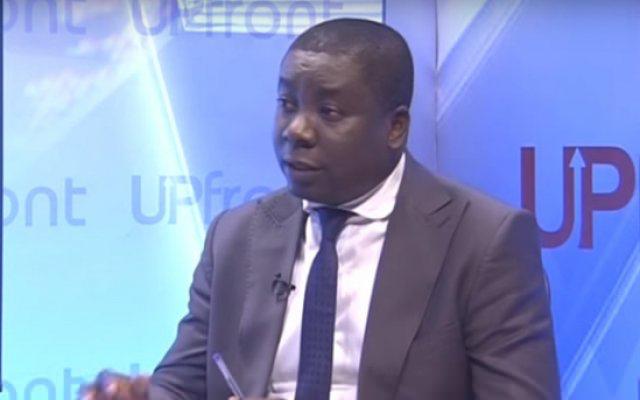 Spokesperson to the Vice President, Dr. Gideon Boako has challenged the opposition National Democratic Congress (NDC) Member of Parliament for the Tamale North Constituency, Alhassan Suhuyini to produce evidence to back his claims that then running mate Dr. Mahamudu Bawunia stated on twitter that the NPP will not borrow to run the country should Ghanaians elect it into power in the 2016 elections.

‘’I am by this statement challenging Mr. Suhuyini or anyone who has evidence to the contrary to adduce same’’ Dr. Boako said in a statement a while ago.

The Tamale North legislator during Joy News/TV news analysis show Newsfile on Saturday 15th June, 2019 alleged that the then NPP running mate had tweeted that the party will resort to harnessing resources locally to develop the country, a claim that was rebutted by co-panelists on the programme, including veteran journalist, Abdul Malik Kweku Baako.

Not able to substantiate the claim, the MP also failed to withdraw the allegation.

Dr. Boako insists that the Tamale North legislator must eat humble pie and apologise for lying on live television to the generality of the Ghanaian people.

On Saturday 15th June, 2019, during the Joy News/TV news analysis show, Newsfile, member of Parliament for the Tamale North Constituency, Hon. Alhassan Suhuyini peddled blatant falsehood by saying that in December 2016 the then running mate Dr. Mahamudu Bawumia tweeted that the NPP Party when voted into office will harness the resources of the country to develop Ghana ’without borrowing’.

I wish to place on record to Mr. Suhuyini, his NDC cohorts and all those who take delight in communicating such falsehood that Dr. Bawumia never made any tweets or statements during the 2016 campaign period that the NPP government would never borrow if voted to power.

I am by this statement challenging Mr. Suhuyini or anyone who has evidence to the contrary to adduce same.

Dr. Bawumia and the government of His Excellency Nana Addo Dankwa Akufo-Addo still stand by the principle of responsible public expenditure financing through the optimal mix of tax revenues, borrowed funds, grants or any other sources useful to the development of the country.

Like the over 13 billion cedis borrowed to save the deposits of over 1.2 million customers of distressed banks and micro finance institutions, government will continue to exercise its discretion of borrowing insofar as it remains important, needful and permissible.

Government is however mindful of the need to ensure debt sustainability, judicious use of borrowed funds, and the productivity that must come with such funds. It is in the light of this that this government has taken the painstaking efforts to avert the mistakes of the past and passed the fiscal responsibility act to constrain government borrowing not to exceed a certain limit of the nation’s gross domestic product (GDP).

Politics is supposed to be a decent game and all actors therein must communicate with facts. I urge the media to constantly put everyone to strict proof for every claim made.

Spokesperson to the Vice President