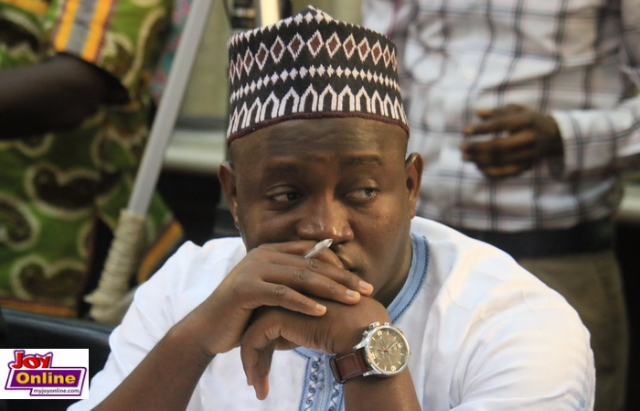 Alhassan Suhuyini, the Tamale North Member of Parliament and also one of the vociferous NDC communicators, has yet to provide evidence to buttress his claim that Vice President Dr. Mahamudu Bawumia, then running mate of NPP said a future NPP government would not borrow for the country’s developmental agenda.

On Newsfile on Saturday 15th June, 2019 , Suhuyini read a tweet supposedly coming from the Twitter account of the then vice presidential candidate of the NPP to the effect that the NPP, if given the mandate, would never borrow for the country’s developmental agenda and was baldy exposed by Abdul-Malik Kweku Baako on the same show.

“Take it from me, I don’t think Dr. Bawumia ever made such comments. This tweet could not have come from him because it is practically impossible for any administration not to do a bit of borrowing. This tweet Suhuyini is quoting from is of doubtful validity” Mr. Baako refuted.

It will be recalled that on the same show on Saturday, Suhuyini vowed to provide the necessary information by way of proving that indeed that tweet emanated from the then vice presidential candidate of the NPP.

It’s been three days, and the only thing we keep hearing from Suhuyini is that he will prove his critics wrong with his evidence, which evidence he has so far failed to adduce.

Early this morning, Monday, 17th June 2019, the Spokesperson to the Vice President, Dr. Gideon Boako in a statement challenged Mr. Suhuyini and the NDC to produce useful material evidence to back their claim. Mr. Suhuyini sat on GHOne TV after Dr. Boako’s statement and said he would get his Party boys to put out video and audio evidence.

Later on, Mr. Suhuyini went to his Facebook wall and posted that he has the evidence, still without producing same.

It remains a mystery why Suhuyini and his cohorts have failed to make this so-called damning evidence available to Ghanaians since he claims they have been in possession of this information for the past three years.

What Mr. Suhuyini and the NDC have done in this matter is a clearer case of alleging falsehood on the respectable and hardworking Vice President and asking the rest of Ghanaians  to go on a manhunt for the evidence.

Suhuyini has no evidence to buttress his claim. He invented this Kweku Ananse story just to tarnish the image of Dr. Mahamudu Bawumia.