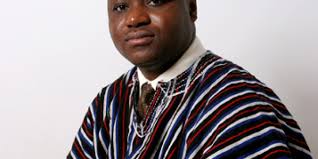 The United Kingdom and Ireland branch of the opposition National Democratic Congress (NDC) has lampooned President Akufo-Addo for politicizing national events such as the National Farmers Day celebration.

They have taken offence because the president while addressing farmers and stakeholders during this years’ farmers day celebration faulted the NDC government for running down the agric sector while they were in government.

But in a statement signed by Alhaji Alhassan A Mbalba, Chairman of the UK/Ireland branch of the NDC, they argued that occasions such as the National Farmers’ day are meant to unite the country and not to divide it through unnecessary polarization.

The statement continued ‘’therefore one would have thought President Akuffo Addo would have used this year’s National Farmers Day to rally the whole nation together to start a national conversation on how to develop the agricultural sector in order to bring about accelerated development’’.

They further argued that for Ghana to move forward and attain sustainable and accelerated development, it is imperative to desist from politicising every national issue.