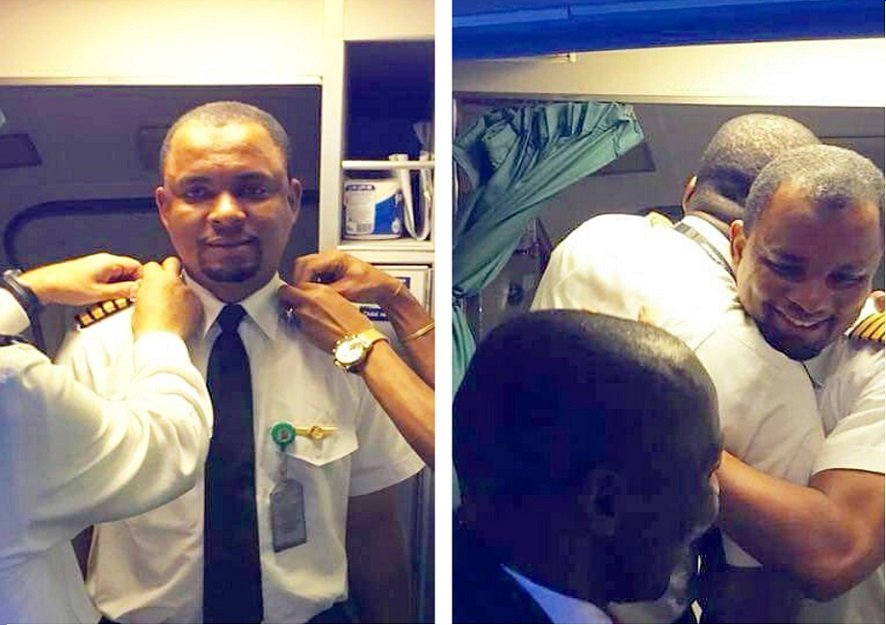 After persevering for 24 years as a cleaner in an aircraft belonging to Azman Services Limited based in Kano Nigeria, Mohammed Abubakar has risen to become a captain in the aviation industry.

Mohammed a few months ago was awarded the fourth bar that ultimately launched him into the position of  a captain, attracting wild applause and cheers from his colleagues in the company.

Colleagues of the hardworking man posted pictures of the event on social which went viral, attracting congratulatory messages from across the globe.

One of the pictures which was posted on twitter had an accompanying text which read:

“He Joined the Aviation industry 24 years ago as Aircraft Cleaner. Today He is getting the Fourth Bar to becoming a CAPTAIN. Congratulations Mohammed Abubakar from all of us @AirAzman.”

Mohammed’s story has traveled far and wide and it is hoped that it will inspire others to brighten and shine in the little corners they find themselves.