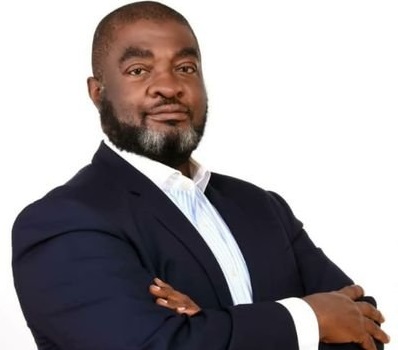 The Senior Partner of AB & David law firm, David Ofosu-Dorte, has predicted that Africa’s food import will increase from $35 million to $110 billion in the next three years.

“That’s food import and that tells you how much we are sending outside.

“There is no magic wand about the fact that the dollar to the local currency, whether Cedi, Kwacha, Naira or Kenyan Shillings, have challenges,” he said, adding that food import was likely to increase further to $150 billion by 2030.

Presentation
Mr. Ofosu-Dorte said this when he presented a paper on Africa and the Global Economy; New Realities, New Possibilities” at a Citi Tv event organised in Accra on Monday.

Dubbed “The Cedi Summit”, the event was held in collaboration with the Institute of Statistical, Social and Economic Research (ISSER).

Among other things, he explained that an area like agri-food where local foods were packaged could change the urban imports and reduce the demand for the dollar.

“But there’s something that we overlook. As many as 400 companies of African origin or located in Africa now cross a million dollar. Seven hundred and fifty of them now have more than half a billion dollars in terms of annual turnover,” he said.

Integration
He said there was the need to look at Africa as a fast integrating continent and suggested informal integration through music, churches, and banks, aside from regional economic blocks, the African Union Agenda 2063 and the African Continental Free Trade Area (AfCTA).

“We should look at the continent as a fast integrating continent and leverage it,” he emphasised.

Africa, he said, unfortunately had also not realised that there were certain countries that were either showing the way or competing with it, adding that for instance, Indonesia which previously was like many African countries, was now far ahead.

In the past seven years, Mr. Ofosu-Dorte said Indonesia had delivered 29,000 megawatts (MW) of power using 21 dams and that it even wanted to increase that further.

Steps
Outlining some steps to deal with the crisis, he said that the first was to maintain the status quo, second, do everything to prevent deterioration, third, plan for recovery and lastly, take advantage of new openings.

Another area he said that needed to be looked at was in the area of statistics. He underscored the need for the Ghana Statistical Service, ISSER and other data collection platforms to be innovative and look out for new areas of data.

Measurement
“We ought, between Bank of Ghana and Statistical Service, to be measuring consumer and producer sentiments,” he said.

The Chief Economist of Absa Global, Jeff Gable, said in an interview that everywhere in the world people were frustrated at the high cost of petrol and food and we’re asking for relieves.

“In that space Ghana is no different from elsewhere,” he said.

The Managing Director of Absa, Abena Osei-Poku said although the summit would not bring transformation overnight, it would direct the minds of the main actors to get different perspectives of the world today and what was in the future.

“With the cross-fertilisation of ideas, our resources are relocated and operations redirected in the right way to support the growth of the country”, she said.