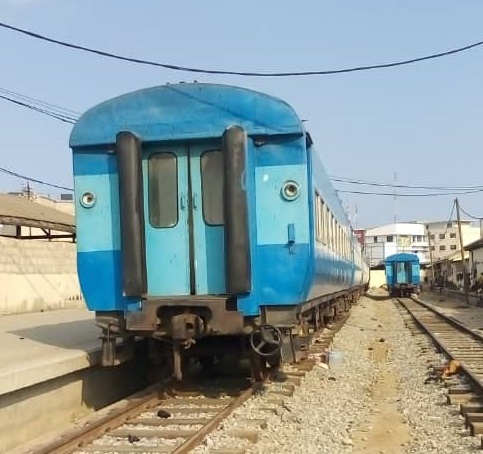 The Accra commercial railway system is set to bounce back to life by the end of next month, the Ghana Railway Company Limited (GRCL) has disclosed.

For about two years now, moves to resuscitate railway infrastructure in the national capital had stalled, raising questions about the commitment of the authorities to revive the city’s rail transport.

However, the acting Managing Director of the GRCL, Dr Michael Adjei Anyitee, has refuted any such lack of commitment, saying: “Already, the GRCL has started test runs on the Accra-Tema line and is only waiting for certification from the Ghana Railway Development Authority (GRDA) to fully begin commercial rides.”

Additionally, he said, the company had completed culvert works on the Accra-Nsawam line at Taifa, which were holding the project back, and was waiting for the works to cure in 21 days, after which test runs would be conducted to ensure the integrity of the line.

“The culvert works have been completed successfully and the curing process has begun. We intend to start running the lines by the end of October this year. So now we have started test runs on the Accra-Tema line,” he said.

In an interview with the Daily Graphic yesterday, Dr Anyitee said all was set for the resumption of commercial train operations on the 40-km Kantamanto-Nsawam and the 30-km Accra–Tema lines.

He said two coaches would ply the two routes, one in the morning and one in the evening, for both lines.

Explaining why the lines had not been in operation since last year, he said the GRCL halted activities on the lines for engineers to rehabilitate them in 2019.

The rehabilitation works, he said, were completed in December 2019 and test runs were conducted to ensure the safety of the lines, after which the company wrote to the GRDA for certification to commercially operate the line.

“When the certification was issued in January 2020, the company was set to commercially operate the lines, but the outbreak of the COVID-19 pandemic forced it to put the project on hold.

“When the COVID-19 broke, we had to go off for eight months,” he said.

Aside from the holdback due to the pandemic, Dr Anyitee said, sometime this year the Hydrological Services Department wrote to the GRCL to seek permission to extend the drainage system around Avenor across the rail lines.

He said that project also took some time to execute and was only completed in August this year.

Once a blistering line that served as means of transport for traders and commuters who lived at the eastern side of the capital city, no train has run on the Kantamanto-Nsawam rail tracks since March 20, 2020.

In the absence of the trains, the Daily Graphic observed that there was massive encroachment along the rail tracks, mostly at Kantamanto in the city centre, with makeshift residential settlements taking over the few train stations dotted along the route.

There were also lotto kiosks, eateries, mobile money stalls and second-hand clothing sales points operating from the belly of the railway sleepers.

At some places, scores of broken-down vehicles had been abandoned on the rail lines.

The activities of squatters had also led to the generation of heaps of waste along the shoulders of the rail lines and in the belly of the sleepers.

Sources familiar with the areas told the Daily Graphic that some of the makeshift residential structures also served as brothels and safe havens for criminals.

Reacting to the situation, Dr Anyitee said encroachment on the lines had been a major concern for the company.

Aside from taking over the ‘right of way’ of the trains, the activities of people and animals distorted the integrity of the lines, he said.

“I have personally led three separate demolition exercises in the past but the people always come back, so we are working on a permanent solution because we don’t want animals and humans to be crossing the lines,” he said.

The acting managing director said the permanent solution that would be adopted to stop such encroachments would include the fencing of the entire stretch of both sides of the railway line.

Meanwhile, he said, structures 60 metres from the centre of the railway line on both ends would be marked for demolition.

In developing the country’s railway infrastructure, the government has outlined its ambitions for three rail projects worth a combined $12.9 billion.

The projects, along with 13 other projects, were included in an investment brochure compiled by the government for the UN’s 2021 SDG Investment Fair.

The first project, which is currently at the feasibility stage, is the development of a light rail transit network comprising seven corridors in Kumasi.

The $5.8-billion project is due to start in 2025 and will be developed through a public-private partnership (PPP), with 70 per cent of the financing through debt and the remaining 30 per cent through equity.

It will be implemented under a 30-year concession, with a net present value of $404 million, a financial internal rate of return of 15.6 per cent and a benefit-cost ratio of 1.12.

The 672km Central Spine Line, also currently at the feasibility stage, will run from the centre of Kumasi via Mankranso, Bechem, Sunyani, Techiman, Kintampo, Buipe, Tamale, Walewale, Bolgatanga, Navrongo to Paga, near the Burkina Faso border.

The funding brochure also includes 14 projects at early stages, including the trans-ECOWAS railway, which is at the pre-feasibility stage, and the proposed 550km east-west, mixed-traffic line to run from Aflao on the Togo border to Elubo on the border with Côte d’Ivoire, with a branch line to Keta.