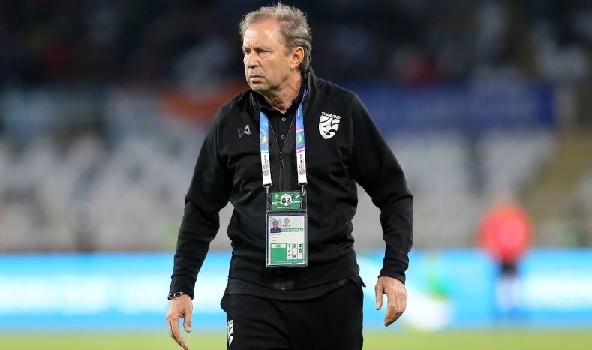 The Ghana Football Association (GFA) and the government have agreed to pay incoming Black Stars coach Milovan Rajevac $100,000 sign-on fee and a monthly salary of $30,000, Graphic Online has learnt.

According to sources close to the FA, the Serbian trainer will take $5,000 more than his predecessor, Charles Kwablan Akonnor who spent close to two years as the head coach of the Black Stars.

Earlier, reports had suggested that Rajevac would take a monthly salary of about $45,000 but information reaching Graphic Sports indicates that the GFA and the ex-Thailand trainer agreed on a $30,000 per month on a two-year contract.

The Serbian arrived in the country last Sunday ahead of his unveiling on Friday as Black Stars coach and is said to be lodging at the Alisa Hotel at Ridge, Accra.

His signing as Black Stars trainer is expected to revive the team’s hope of challenging for the next African Cup of Nation (AFCON) in Cameroun next January.

He will also be tasked to secure a 2022 FIFA World Cup qualification in Qatar after the team’s poor start to the campaign in which they narrowly beat Ethiopia 1-0 in Accra and lost by the same margin against South Africa.

Rajevac,67, is making a return to coach the senior national team after his first spell saw him leading the Black Stars to the 2010 African Cup of Nations in Angola and FIFA World Cup in South Africa.

He also guided the home-based black Stars to the maiden African Nations championship in Cote d’Ivoire in 2009.

The experienced trainer left his first job with Ghana in 2010 to join Saudi Arabia side Al-Ahli Jeddah before subsequently coaching Qatar, Rudar Velenje, Algeria and Thailand.