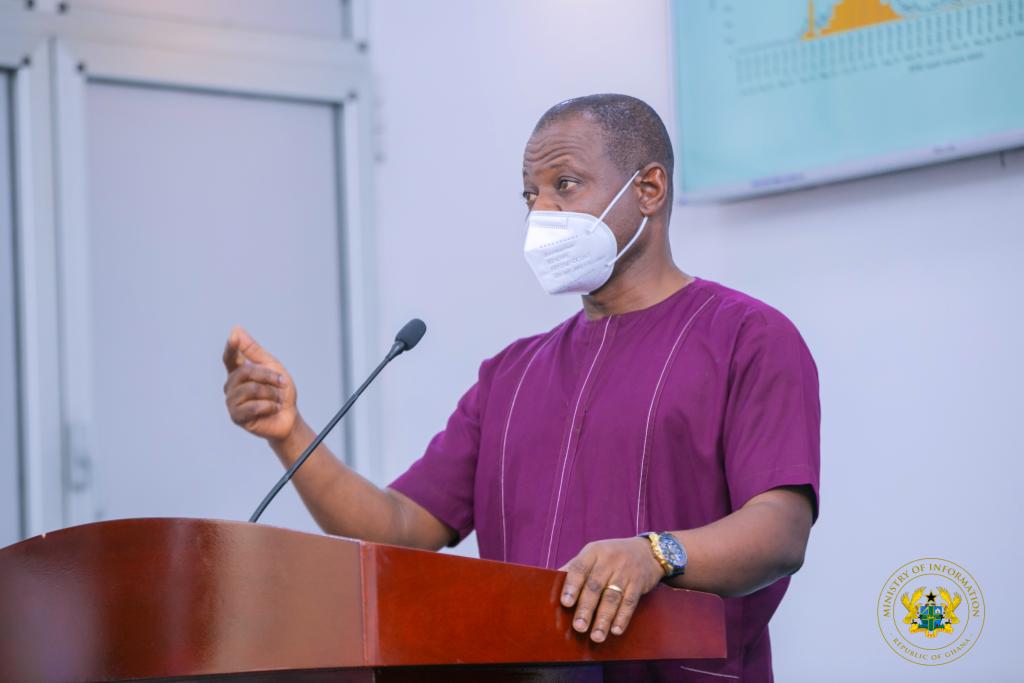 The Director-General of the Ghana Health Service (GHS),Dr Patrick Kuma-Aboagye, has said the decline in COVID-19 infections provides the government a window to speed up with vaccinations to ensure that more people are protected against any future surge in infections.

“There is a surge in the availability of vaccines and persons vaccinated are less likely to be hospitalised, so this is the time to vaccinate more people because that is the only way we can ensure that majority of the population are protected, ” he added.

He said Ghana had so far received about 4.8 million doses of vaccines through different arrangements to ensure that the government achieved
its target of vaccinating 20 million people by the end of the year.

He said 65.70 per cent of all the vaccines received in the country were AstraZeneca, while Moderna formed 25.21 percent.

Johnson & Johnson and Sputnik-V formed 8.66 and 0.43 per cent respectively.

According Dr Kuma-Aboagye, a little over 1.6 million of the doses had been administered as of September 26, this year.

He said the government was still working around the clock to secure enough vaccines to achieve its target.

Dr Kuma-Aboagye, who made this known at the Minister’s Press Briefing, said there had been a decline in active and daily cases of COVID-19; as well as cases on admission in the three main hotspot regions of Greater Accra, Ashanti and Volta for the past three weeks.

He added that there was also a decline in the number of international travellers to the country who tested positive.

As of September 25, this year, he said, 502,711 passengers had been tested at the Kotoka International Airport in Accra, out of which 2,789 tested positive, bringing the overall test positivity to 0.55 per cent.

About 61.9 per cent of all those who tested positive were males, while 50 per cent of all the positive cases at the KIA were non-Ghanaians,
Regarding infections in schools, he said, 461 schools had recorded cases of COVID-19, with a 98.8 per cent recovery.

Out of the 23 active cases among the students in six regions, the Volta Region recorded the highest, with zero case in the North East Region, he
added.

For his part, the Managing Director of the Bulk Oil Storage and ‘Transportation (BOST) Limited, Mr Edwin Alfred Provencal, who also addressed the media, said there had been significant improvement in the company’s revenue through prudent management.

As a result, he said, BOST had successfully paid down its trade debt of $624 million to $39 million within four years, saying 73 per cent of the debt was paid from the company’s internally generated funds (IGFs).

Aside from that, Mr Provencal sald, the company had also reduced bulk oil distributing companies (BD) debt claims from $37 million to Sit million.

He also said pipes and accessories which were bought since 2011 were on their way to the country from Houston in the US.

Within the last two years, he added, the company’s revenue-earning assets had increased from 17 to 75 per cent.

He said with support from the Ministry of Energy and the National Petroleum Authority (NPA), the export of petroleum products to neighbouring
landlocked countries had started.