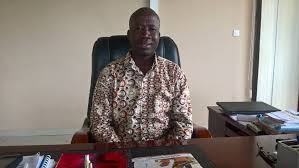 There is some uneasy calm in the Bosome-Freho Constituency of the Ashanti Region as a turf war has broken out between the District Chief Executive (DCE) Yaw Danso and the Member of Parliament for the constituency, Joyce Adwoa Akoh Dei.

The DCE has been accused of bribing chiefs in the District capital, Asiwa to campaign against their Member of Parliament who incidentally is also a member of the ruling New Patriotic Party (NPP)

According to one of the chiefs, Nana Asuamah, the DCE and some close associates visited his house yesterday, January 9, 2019 ostensibly to bribe him with an undisclosed amount of money which he rejected and chased them away.

BestNewsGH.com gathers that the chiefs and elders are angry with the DCE and are demanding an apology from him.

Nana Asuamah is on record to have told the DCE to the face that he doesn’t need anything from him and that he was incorruptible and cannot therefore be bribed.

The indigenes in the Bosome-Freho District are calling for the immediate removal of Mr. Yaw Danso, describing him as an incompetent and selfish leader who is also disrespectful.

According to them, apart from campaigning against the MP, the DCE is also responsible for divisions within the party in the constituency, and that if care is not taken, the party will likely suffer in the 2020 elections in the area.

They want him removed before the 2020 elections.