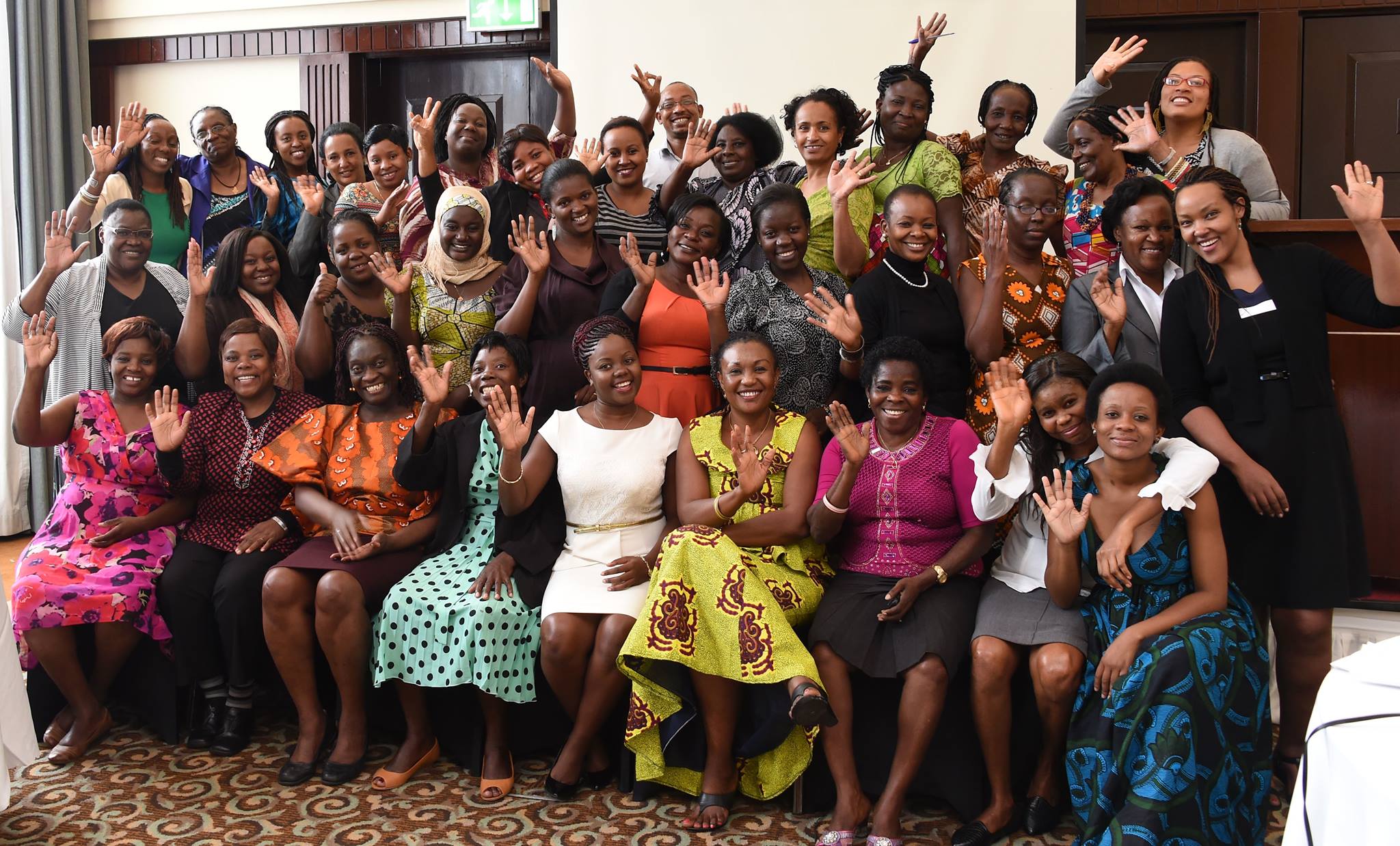 It has emerged that 99 percent of women prefer their children, parents and siblings as their next of kin to their husbands.

On the contrary, 100 percent of Men usually name their wives as next of kin.

A Facebook user by name Dorcas Sarkozy who said she once worked for a company in which she had access to the files of people on such matters, said she was struck with the worrying phenomenon in which 99 percent of women wrote the names of their children, parents and siblings as next of kin.

According to her, the discovery has still haunted her till date given the fact that 100 percent of Men chose or wrote the names of their wives as next of kin.

She goes on to question what accounts for the trend and whether it primarily has to do with trust issues. 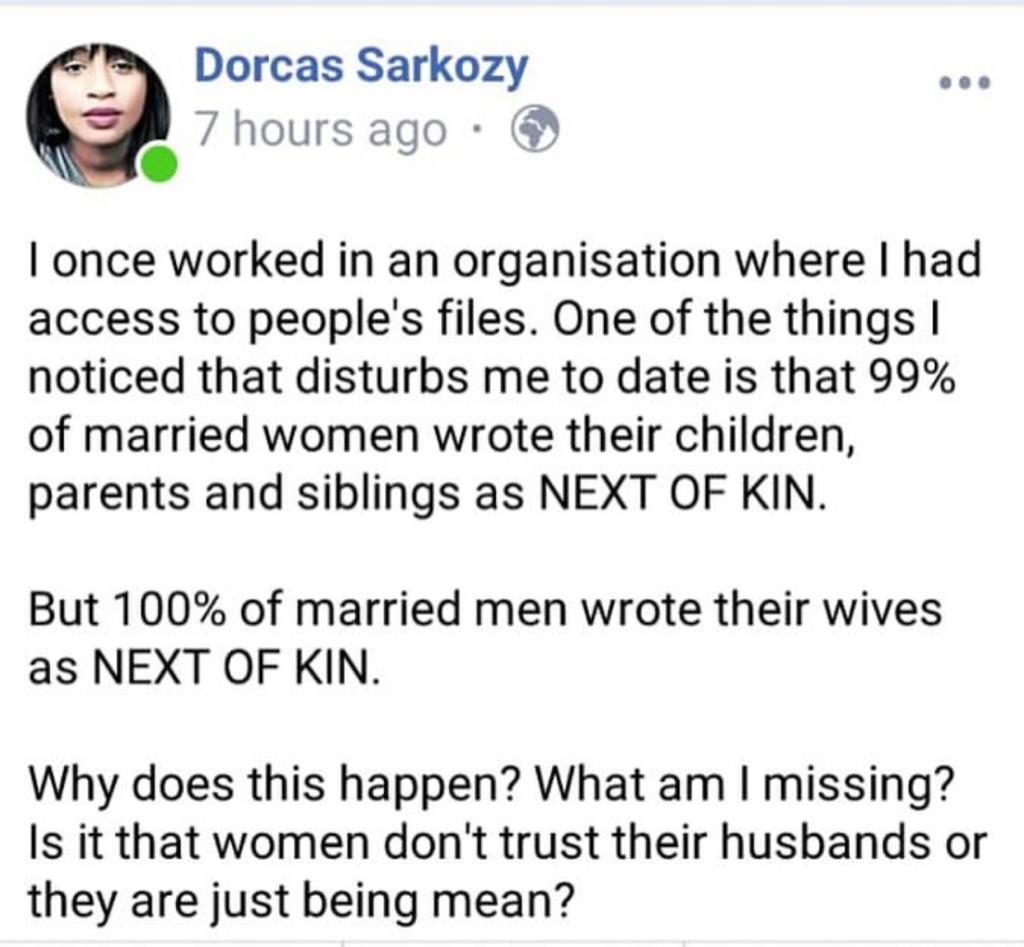 Dorcas Sarkozy, Next of Kin, Women