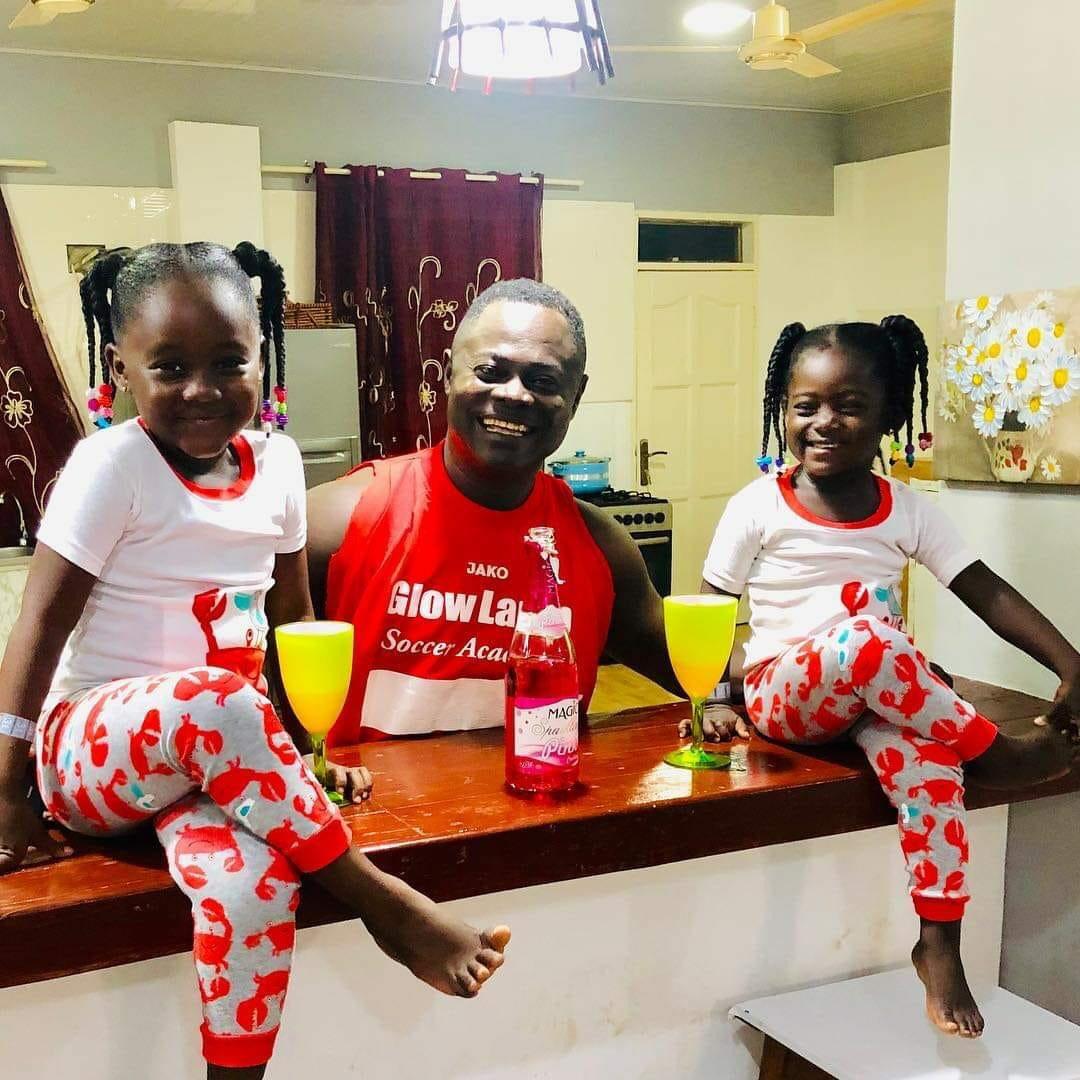 Ex-Ghana International Nii Odartey Lamptey is a very happy and proud father who has perhaps put the pain of fathering children that were never his for 21 years behind him.

He was in the news some time ago when it emerged that the three children he thought were his biological children were really not his, after a DNA test.

His wife at the time accused him of being impotent.

The ex-Football star decided to put the pain and trauma behind him and married a new wife, which marriage has yielded two beautiful girls (Twins) who resembles the father to the core.

He splashed the photos of the children and himself on social media as if to say, who says I am impotent?.