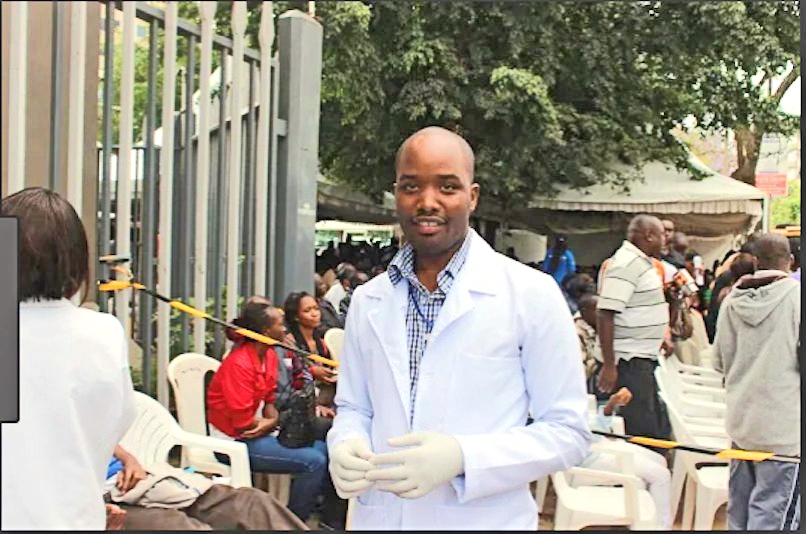 Dr Martin Ajujo, the trainee surgeon accused of botching a breast augmentation procedure that claimed the life of 35-year-old June Wanza Mulupi last year, is now facing a complaint that he sexually assaulted an American doctor.

The victim, 26, has told the Kenya Medical Practitioners and Dentists Board (KMPDB) that Dr Ajujo assaulted her as she slept in an apartment owned by Surgeoderm Clinic.

Her complaint comes as Dr Ajujo and his co-shareholder at Surgeoderm Clinic, Prof Stanley Khainga, await a tribunal hearing regarding their conduct during the operation that led to Ms Mulupi’s death.

A KMPDB preliminary report found that Dr Ajujo, though a qualified medical doctor, was still training to become a plastic surgeon, and hence was not qualified to perform surgery without the supervision of a licensed, practising plastic surgeon.

The American doctor alleges that the two doctors tried to cover up her sexual assault.

Prof Khainga has been drawn into the matter because the complainant claims that he went back on his word to kick Dr Ajujo out of Surgeoderm.

The woman says in her statement that she came to Kenya on June 20 last year with her boss, Dr Charles Otieno, a Kenyan plastic surgeon in the US, together with three other people. Dr Otieno also owns shares in Surgeoderm.

The group was in Kenya for an annual scientific conference that was held at Nairobi Hospital.

They all stayed at a Surgeoderm-owned apartment on Gitanga Road, Valley Arcade. The doctor adds that she also performed surgery at Surgeoderm after the conference.

On July 5, she and Dr Otieno remained at the apartment while their colleagues travelled to Malindi.

The complainant, Dr Ajujo and a friend of his, Dr Otieno and his brother had dinner and drinks at Ankole Grill in Kilimani.

She had a martini before sharing a bottle of tequila with her colleagues.

Dr Otieno then advised her not to drink anymore as she had to catch a bus to Malindi early the next morning.

They then went to a popular nightclub on Baricho Road, where Dr Ajujo invited her to sit next to him and bought her more drinks.

She says she returned to the apartment at 4.30am, and that is when she went to get a glass of water from the kitchen. She met Dr Ajujo, and he tried to kiss her, she alleges.

She walked away and went to bed, but was awakened by heavy pressure and the sound of moaning in her ear.

She says that is when she realised that the alleged rape had taken place.

She says Dr Ajujo told her that he had not had sex with her before kissing her on the cheek and walking out, she says.

As she left for the bus station, she called another member of the their team and tearfully explained what had happened.

A driver who overheard the conversation asked her to report the matter and get tested for HIV.

He called another member of the team, who in turn called Dr Otieno.

The doctor has attached the messages Dr Ajujo sent her thereafter, but which she says she ignored, as evidence in her complaint to the board.

Before returning home, she, Dr Ajujo and Dr Otieno met at the Surgeoderm apartment and agreed to let the matter rest.

She and Dr Ajujo hugged at the request of Dr Otieno, who was now mediating between them, she adds.

Once home she related the incident to her mother, who worked with Dr Otieno in a California hospital.

By then she had discovered that Dr Ajujo was married and has a daughter, she says.

In October, she returned to Kenya with her mother and an American nurse. Her mother confronted Dr Ajujo at Surgeoderm.

Dr Ajujo allegedly pleaded with them not to create a fuss because it would ruin his marriage.

At a meeting with Prof Khainga, he allegedly promised to have Dr Ajujo kicked out of Surgeoderm and allegedly called him “a pervert”.

Once back in the US, the doctor’s mother tried to follow up on the promise but reportedly got no response from Prof Khainga.

Dr Otieno allegedly told the victim’s mother that other shareholders feared that they would be sued if they kicked Dr Ajujo out of the clinic.

By the time of going to press, KMPDB Chief Executive Officer Daniel Yumbya was yet to respond to our email on when the board will hear the complaint.