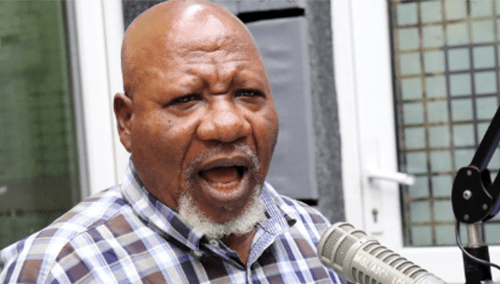 Mr. Bernard Allotey Jacobs, immediate past Central Regional Chairman of the opposition National Democratic Congress (NDC) has admonished his party faithfuls and functionaries who keep throwing invectives at the Vice President, Dr. Mahamudu Bawumia to quit the habit and rather learn from him.

According to him, the NDC should consider a concept such as the NPP’s Townhall Meetings, since it is a very serious platform that can be used to sell and propagate the party’s message.

“The NDC should not joke with these Town Hall meetings which are being held in intellectual communities. The first was at Central University and now Kwame Nkrumah University of Science and Technology (KNUST) with all people in our social structures present,” he urged.

BestNewsGH.com can confirm this advise from the NDC strongman comes on the heels of another advise he gave to the party just yesterday, in which he admonished the NDC to come up with someone with the wits, intellect and pedigree of the Vice President to challenge him.

Mr. Jacobs is of the strong conviction that the Townhall Meetings are a serious and tactical strategy being adopted by the current government to consolidate its gains ahead of the December 2020 general elections.

Speaking on Accra based Peace Fm and monitored by BestNewsGH.com, he averred that “We always play a lot around such things but the more we do, we rather popularise Bawumia and the people resonate with that and now, the next two to three weeks will all be about him.’’