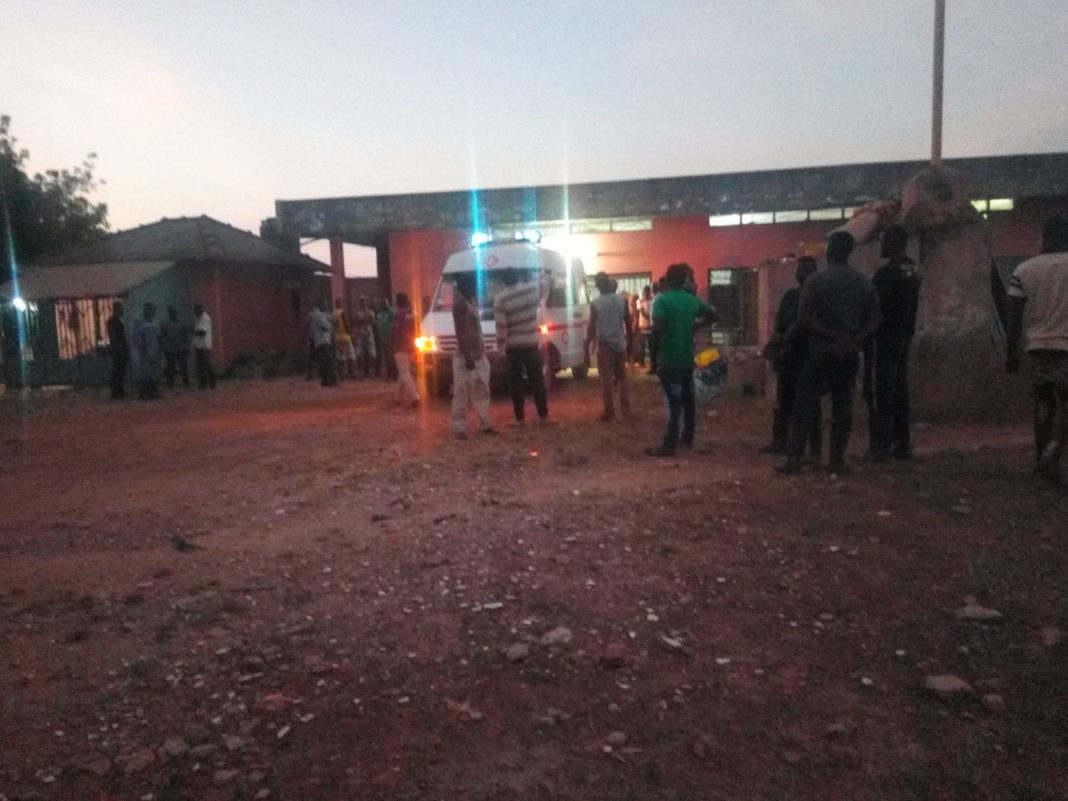 There is a volcanic outpouring of rage in Talensi, a district in the Upper East Region, over a fresh disaster that has claimed the lives of two Ghanaian employees of the Shaanxi Mining Ghana Ltd.

The Monday’s tragedy, striking months after a toxic gas from a mining explosive blasted by the Chinese-owned company had killed 17 mineworkers in the district, also saw one person critically injured.

Tempers flared like fireworks as relations, overcome by grief, wept openly when an ambulance carrying the bodies of Jonathan Tengbil and Solomon Tohsongba arrived at the mortuary grounds of the Upper East Regional Hospital at nightfall on Monday.

A Row at the Morgue

Reports of the disaster drew more mourners to the hospital’s premises as the night grew darker. Agitations escalated when the heartbroken relatives requested to go into the morgue all at once to see the bodies but the mortuary attendants strictly told them only four people could go in at a time.

“They are roaming around with the bodies. Nobody is even telling us anything,” said a young man, standing by the mortuary doors and ready to kick them open. “How do we know they (the deceased) are our own?” he added as several armed policemen stood guard in the midst of the crowd.

Walking briskly away from the conflicting scene, another angry griever strongly stated: “They say four people; we won’t agree. If it’s four people, we will go home. We will leave the bodies here for them! The mortuary men, the police and the Shaanxi people should take the bodies and bury where they will bury, and perform the funerals!”

It was an Accident— Shaanxi’s PRO

The last time a massive anti-Shaanxi demonstration rocked Talensi this year, the protesters, as they chanted “Shaanxi must go!” with war-screaming placards and an emotional banner in the streets, claimed 61 people had died cumulatively at Gbane at the hands of the Chinese since their arrival in 2008 in the minerals-rich-yet-infrastructure-deprived community.

With two fresh deaths recorded yesterday in addition to the protesters’ unopposed figures, the toll has moved up to 63!

Explaining how the two men died on Monday and how another got injured in the same mishap, the Shaanxi Mining Ghana Ltd’s Public Relations Officer, Maxwell Wooma, said the mineworkers were on duty as usual when they got trapped under a fallen huge rock.

“It’s a very unfortunate occurrence. They were working in an old stope (an open space underground). In the course of their operations, they needed to drop the debris, to loosen it by watering it. The loose, the ore body, hanging loosely, came down. It moved heavier than they anticipated and trapped them. Their colleagues realised they had been trapped, and surfaced to report the matter.

“We sent an immediate rescue team down to rescue them. Their whole bodies were trapped. The rock that trapped them was huge, so, it took much time to rescue them. They were brought to the hospital here. I am told they were pronounced dead on arrival. There are instances where we have to blame ourselves for negligence; but in this instance, it is an accident,” he told newsmen as grief and row deepened at the mortuary grounds.