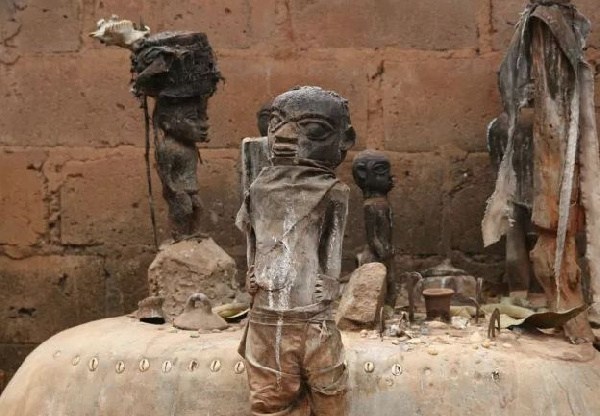 A self-styled 19 year old fetish priest has been reported dead from a self-inflicted gunshot while testing his magical powers, police has confirmed.

The deceased, Isaac Mensah, popularly known as Oboy Jesus who was rushed the Mampong Government Hospital was pronounced dead on arrival.

It has been reported that the young fetish priest boasted that his charms could withstand gunshot bullets and in an attempt to convince the people that he was speaking the truth, shot himself resulting in his death instantly.

The incident happened at Atonsuogya, a village near Mampong over the weekend.

Sensing danger, the assemblyman and one Owusu Isaac together with others rushed him to the hospital but his gods failed him.

The body of the deceased has been deposited at the hospital’s morgue for autopsy.