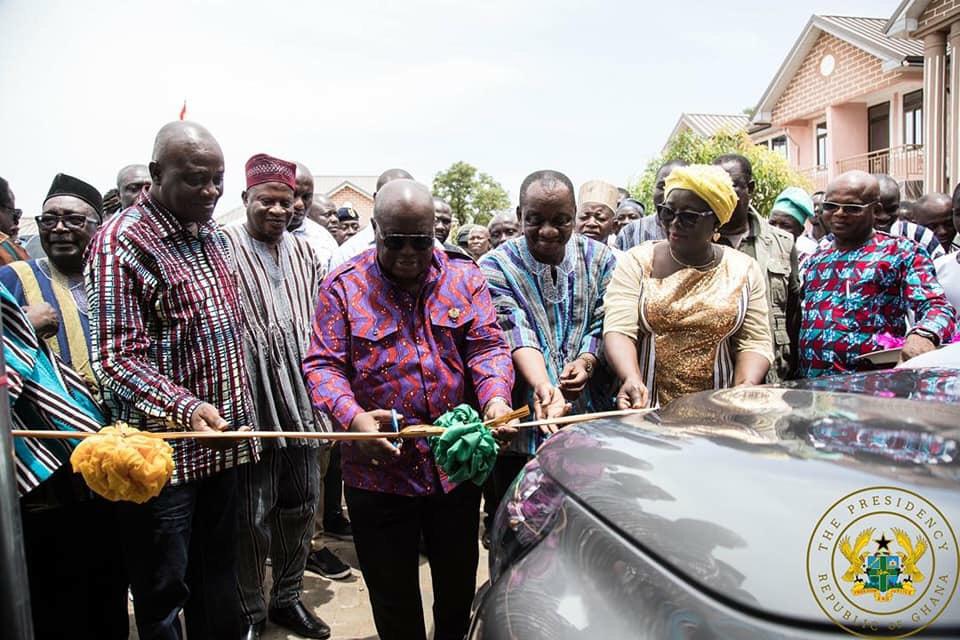 According to the Nayiri, the North East Region was “borne out of the visionary and sterling leadership of the President”, adding that “I wish to once again register our sincere gratitude to you and your government for this precious gift. Thank you for making your word your bond.”

Naa Bohugu Abdulai Mahami Sheriga was addressing a durbar of chiefs and people of Nalerigu on Thursday, 16th May, 2019, held in honour of President Akufo-Addo, when he made this known.

In his remarks, the Overlord of Mamprugu thanked President Akufo-Addo for the award of Janga-Nasia-Kparigu road for construction, indicating that “I am happy with the progress of work so far.”

He equally expressed his appreciation to the President for “similar construction works going on in Walewale, Gambaga and Nalerigu town roads. It is my conviction that similar works will be done in Bunkpurugu, Chereponi. Thank you for the intervention in the road sector in the North East Region.”

On his part, President Akufo-Addo reiterated his commitment not to concentrate all regional institutions in the capital, but rather “we are going to spread the regional facilities all through the region, so that every aspect of the region feels part of the new development that is taking place.”

He further appealed to residents of the North East Region to “go about the construction of this new region with a single, undivided objective that we are going to build a great, new region.”

He continued, “When people look back on what has happened, they will say that in the reign of Naa Bohogu Mahami Abdulai Sheriga and Nana Akufo Addo, as President, that the North East Region took off, and became a great region.”

In Bunkpurugu, President Akufo-Addo inspected ongoing works on the bitumen surfacing of the 6.1 kilometre Bunkpurugu town roads. The contract, which was awarded on 30th November, 2018, and is expected be completed in 18 months, i.e. on 29th May, 2020.