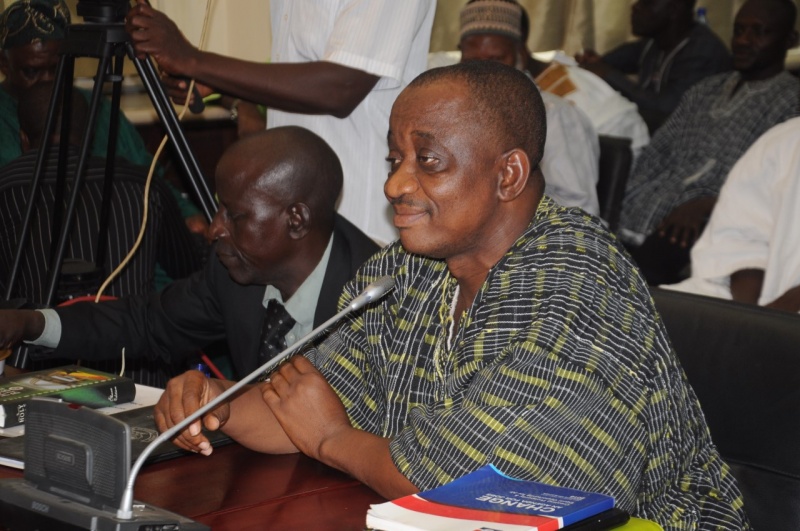 The Progressive Youth of Mamprugu have raised concerns about what they describe as blatant falsehoods peddled by the Minister-Designate for the North East Region, Solomon Boar when he appeared before the appointments committee of Parliament yesterday, March 14, 2019 for vetting.

According to the group, the Minister lied to the Appointments Committee that Nalerigu, the Regional Capital for the North East Region was a Municipality, observing that Nalerigu has never been a District Capital, thoughtless of becoming a Municipality.

They accuse the Vice President, Dr. Mahamudu Bawumia and the Minister for Local Government, Hajia Alima Mahama as those who put such lies in the mouth of the Minister-Designate to spew during his vetting.

They say the duo have through serious machinations subverted the course of natural justice by deceiving President Nana Addo Dankwa Akufo-Addo to make Nalerigu the Regional Capital of the North East Region instead of Gambaga which is the most developed town in the Mamprugu Area.

‘’ In terms of value for money, what this decision means is that government will have to spend so much more to ensure that basic facilities such as Administration block, Police Headquarters and Hospitals among others are constructed from the scratch, when we already have all these facilities in existence at Gambaga’’ they said.

They said Gambaga was the territorial capital for the Northern Region until it was moved to Tamale because of its centrality, adding that the overlord of the Mamprugu Traditional Area used to live in Gambaga until he decided to relocate to Nalerigu.

Again, the group said the Minister-Designate lied when he said the Overlord of the Mamprugu Traditional Area Naa Bohagu Mahami Abdulai Sheriga was given a rousing welcome by the people of Walewale and Gambaga as well as Nasia when he was returning to Nalerigu the day after the Constitutional Instrument was presented to him.

They said absolutely nobody went out to meet the King as the entire Mamprugu citizens have become angry at him for subverting the course of justice.

According to the aggrieved ad agitated youth, the Mamprugu King has become very unpopular following his decision to coerce government into making Nalerigu the Regional Capital of the region and that he has earned for himself, the accolade of being the worst king Mamprugu has ever had.

They said the greed of the Mamprugu King led him to denounce the entirety of Mamprugu in a leaked recording in which he was heard saying Mamprugu does not go beyond the Berimi Dam, which is situated just before the Nalerigu Senior High School.

‘’We are disappointed and surprised at the same time that the Minister-Designate for the North East Region who has not even started work yet can lie in such a manner. Such blatant lies and falsehoods must be exposed to the world, particularly the United Nations, the Diplomatic Community in the Country as well as the Global International Community as a whole’’ they argued in a statement and copied to BestNewsGH.com