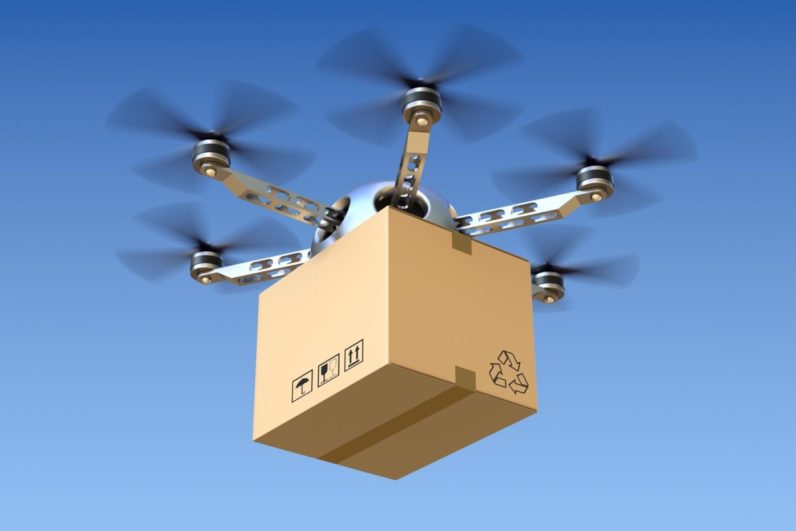 Zipline, the company that specialises in using drones to deliver emergency medical supplies, is optimistic about replicating its success story in Rwanda in Ghana.

In a little over two years of operations in Rwanda, Zipline has decreased the amount of blood hospitals keep in stock while increasing access to real blood products by over 175%, thus reducing waste of blood to zero.

Briefing a team of Ghanaian journalists the company invited to its facility in Rwanda, Justin Hamilton, Head of Global Communication of Zipline, described the success story as unprecedented in global healthcare.

He was excited that the present and future of emergency medical supplies delivery using technology is being written in Africa – Rwanda and Ghana.

According to him, increasing access, lowering waste and reducing cost, while at the same time increasing the benefit of human health, are big wins for everyone.

“You either don’t have what they need or have what they don’t need. This leads to high levels of spoilage or low level of access, with severe impact on human wellbeing,” he stressed.

He announced that when a second centre opens in about a month, all 12 million Rwandans would be within 30 minutes’ flight of life-saving service.

Based on the success story of blood delivery, the Government of Rwanda, after baseline studies, has expanded the contract of Zipline to include delivery of several emergency medicines.

The blood bank of Rwanda supplies Zipline with blood three times in a week – Monday, Wednesday and Friday.

However, in the event of stock running out at Zipline before the next supply date, a call is placed to the blood bank and supply is done as soon as possible.

Medical products are stored centrally at Zipline’s distribution centres and are flown quickly to the destination.

This maintains cold-chain and the integrity of products while eliminating waste.

Hospitals place orders on-demand through an app, phone call, WhatsApp, or text message with name of the doctor making the request and the health facility where they need it.

Zipline staff prepare the package, place it in the drone and put the drone on the launcher, which is then launched. All these are completed within five minutes.

The drone moves from a speed of zero to 100 kilometres per hour in a matter of seconds and arrives at the hospital in averagely 30 minutes.

When the drone arrives at the hospital, it drops the package by parachute, and the package is retrieved by a medical staff, who sends it to the ward for testing and use.

The drones return to Zipline distribution centre, where operators quickly prepare them for their next flight.

Hamilton, Head of Global Communication of Zipline, explained that once the drone is launched, its route to the health facility is pre-determined and flies on its own.

However, he stated that operators have the ability to intervene in emergency situations to order the drone to return to base or maintain a holding pattern until the emergency is cleared by Civil Aviation.

According to the head of Global Communication of Zipline, cost is at par with existing cost of delivery.

He explained that the company is paid per successful delivery when certain benchmarks are achieved.

After witnessing the launch of several flights, the team moved to Ruhango Hospital. It took the team over one hour to drive on traffic-free road from the Zipline facility to the hospital.

While interacting with the director general of the hospital, an emergency arrived and an order was placed for blood from Zipline.

Within 25 minutes, the drone delivered the blood to a distance that took over an hour for vehicle on traffic-free road.

Dr Usabyineza Richard, Director General of Ruhango Hospital, said, “When you are working knowing that whatever complications you encounter that require blood, you will be served, you can save that situation.”

He emphasised the importance of timeliness and financial cost as critical, saying the expanded contract to deliver several emergency medicines is welcome.

Felly Kimenyi, a journalist with The New Times, Rwanda’s leading daily newspaper, who has written extensively on the operations of Zipline, said citizens have attested to the benefits of the project.

He explained that Rwanda took into consideration the benefits to patients, Information Communication Technology drive of the country, and skills transfers in adopting Zipline.

He noted that when the project was launched, all the workers were Americans, but two years down the line, skills have been transferred to citizens of Rwanda, who are fully operating the facility currently.

Since Zipline launched in Rwanda in 2016, the company has been making life-saving deliveries every day, with too many people underserved by trucks, trains, and washed-out roads.

Racing along 100 kilometres per hour, vital products arrive faster than any other mode of transport.

The drones are without a pilot and are battery-powered, reducing the cost and emission of moving medicine.

A single flight can deliver up to 3 units blood

A single flight can deliver up to three units of blood. For larger orders, multiple drones are sent at the same time.

A single Zipline distribution centre can provide instant medical access to many. It has proven to work in extreme weather conditions.

500 Deliveries per day for each distribution centre

Each distribution centre has the capacity to make 500 deliveries per day. If all is blood, it amounts to one tonne of blood.