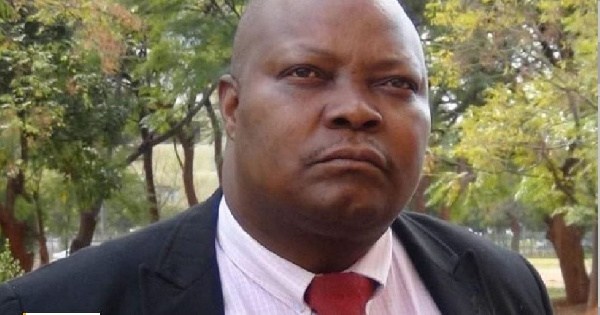 A Zimbabwe opposition lawmaker was charged on Tuesday with subversion, his lawyer said, after a video surfaced where he purportedly said President Emmerson Mnangagwa would be overthrown before the next election in 2023.

Mnangagwa, 76, has promised to break with the past ways of his authoritarian predecessor Robert Mugabe, who was removed after a 2017 army coup, but critics say he has continued to use tough security laws against opponents.

Several government opponents face trial on charges of subverting the government after street protests over a fuel price hike turned deadly in January, leading to the death of more than a dozen people in a throwback to the Mugabe era.

We are going to take the fight to the doorsteps of Emmerson Mnangagwa, we are going to overthrow him before 2023, that is not a joke.

In a video circulating on social media from the weekend, Job Sikhala, deputy chairman of the main opposition Movement for Democratic Change (MDC) and a member of parliament, appears to be seen and heard telling supporters at a rally: “We are going to take the fight to the doorsteps of Emmerson Mnangagwa, we are going to overthrow him before 2023, that is not a joke.”

Reuters could not verify the authenticity of the video.

Sikhala’s lawyer Obey Shava said the outspoken former student leader, who faces up to 20 years in jail if convicted, had been detained at a police station in central Harare and would appear in court on Wednesday.

Without explicitly confirming the video, Shava told Reuters that there was nothing in its contents to suggest a crime had been committed. “He is denying the charge in its totality,” he said.

“We have been pushing the police to go to court but surprisingly their house is not yet in order. We thought they knew what they were doing, but it seems they are not very confident about the case themselves.”

The MDC continues to reject Mnangagwa’s presidential victory last year. Amid widespread economic hardship, the opposition routinely says it will use constitutional means to remove the president, without giving more specifics.