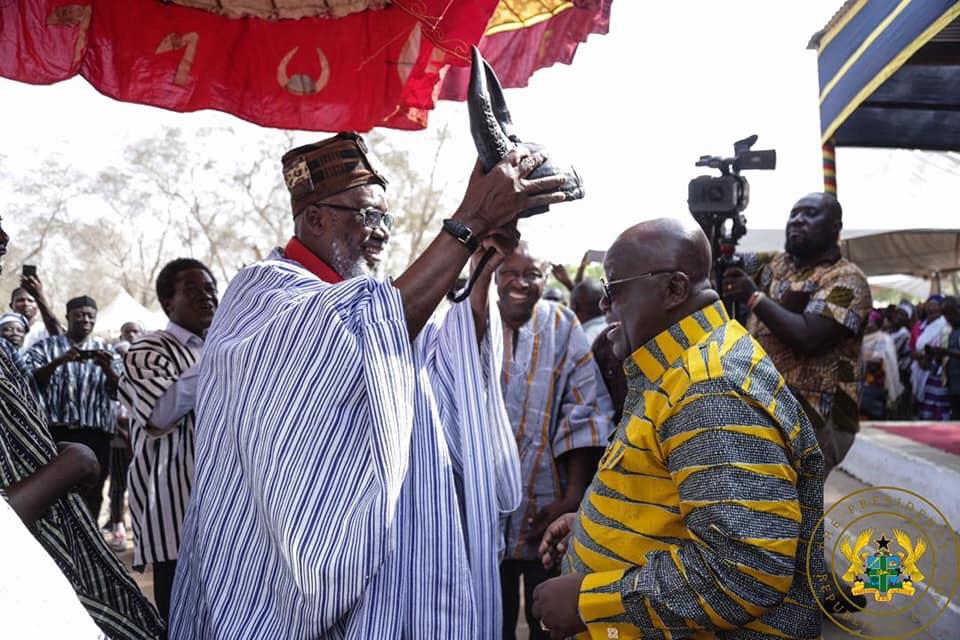 The Sandem-Nab and Overlord of the Builsa Traditional Area, Nab Azagsuk Azantilow, has expressed the appreciation of the people of Builsa to the President of the Republic, Nana Addo Dankwa Akufo-Addo, for his government’s decision to award a contract for the construction of a bridge over the Santejan River.

According to Nab Azagsuk Azantilow, “This is a project our late father Nab Sir Azantilow had appealed to all governments, since independence, to bridge the river, but to no avail. It is only your government, Your Excellency that has listened favourably to us and has awarded the contract to bridge the river.” 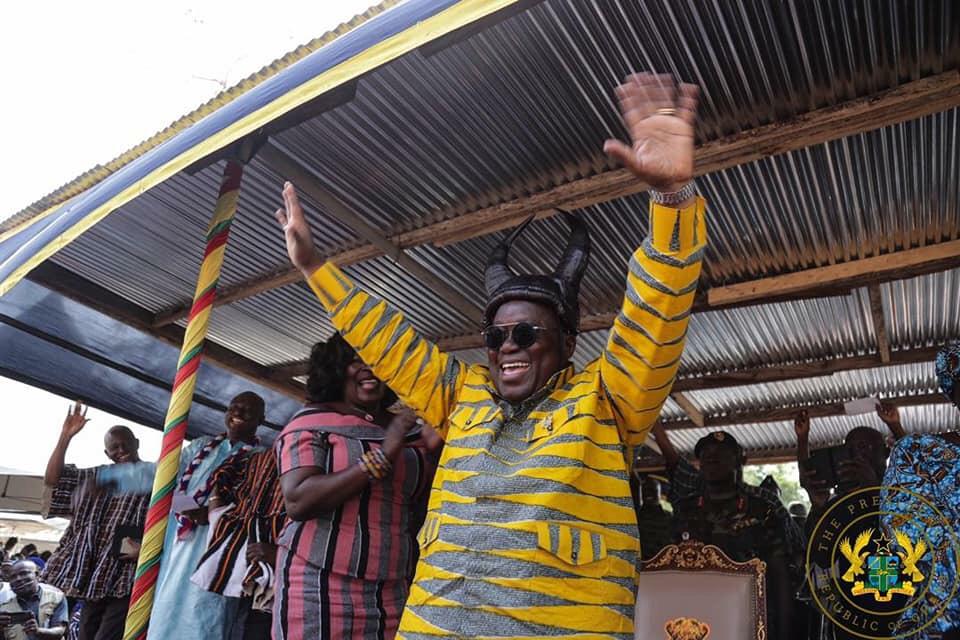 On his part, President Akufo-Addo thanked the Sandem-Na and the people of Builsa for inviting him to be part of the festival.

Responding to the requests made by Nab Azagsuk Azantilow, the President noted that he has directed the Ghana Education Trust Fund (GETFund) to ensure the completion of a self-help project currently ongoing at the Chuchuliga Senior High School.

He also indicated that the Minister for Education, Hon. Matthew Opoku Prempeh, had been directed to look into the request by Wiaga Community School for its adoption into the public system.

On the construction of the Navrongo-Sandema-Wiaga-Fumbisi road, President Akufo-Addo noted the road is part of the national trunk road N10, explaining that 10 kilometres of this stretch of road was awarded to Messrs Deliman Limited, with the 40 kilometre stretch awarded to Myturn Limited.

He indicated, however, that the Ministry of Roads and Highways was taking steps to terminate the contract awarded to Messrs Deliman for non-performance, and will be re-awarded to another contractor. Myturn Ltd., on the other hand, had returned to site and completed 13% of the road.

“A variation order has been issued to cover an additional stretch from Navrongo-Sandema-Wiaga-Fumbisi which was not part of the original works,” President Akufo-Addo added, much to the delight of the gathering.

On the construction of a bridge at Doninga, the President noted that a contract had been awarded to Munck Engineering of Denmark at a cost of €2.2 million, and would be completed in 24 months.

President Akufo-Addo also revealed that Government will, from 2019, set up two hundred (200) agricultural mechanization centres across the country, with the Builsa North District being a beneficiary.

In addition to the elevation of the Builsa North District into a Municipality, the President added that Government is considering the request for the construction of a district hospital at Builsa.