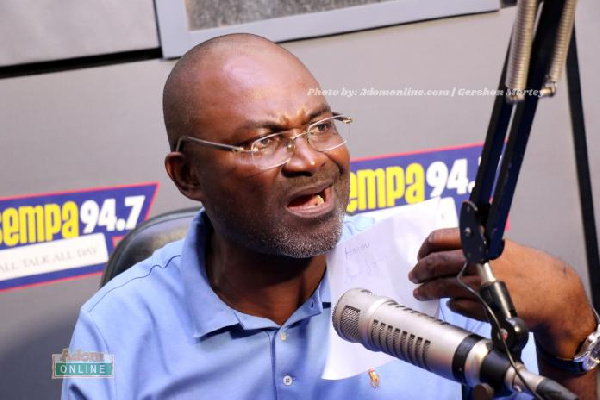 Vociferous Member of Parliament (MP) for the Assin Central Constituency in the Central Region, Kennedy Ohene Agyapong has taken a dig at Kevin Ekow Taylor, describing him as a bastard who doesn’t know his father and whose Mother is a prostitute who sold Akpeteshie (Local Gin).

Mr. Agyapong who was addressing sections of the Ghanaian community in Hmaburg, Germany said Mr. Taylor who is the owner of Loud Silence Media and host of with ‘All Due Respect’ on social media is on a mission with the backing of former president John Dramani Mahama to tag the Akufo-Addo led government with corruption and make it unpopular.

“How come he is black when he claims his father is Lebanse’’ Mr. Agyapong fumed amid other unprintable words.

Mr. Taylor has been at the forefront of criticizing the current government and accusing appointees of perpetrating various corrupt practices including procurement breaches.

The NPP has had cause to write to the New York Times where Kevin Taylor’s wife and co-owner of Loud Silence Media works, urging the media firm to dissociate itself from Mr. Taylor and his Wife’s business of ‘running down’ the government through their broadcasts.