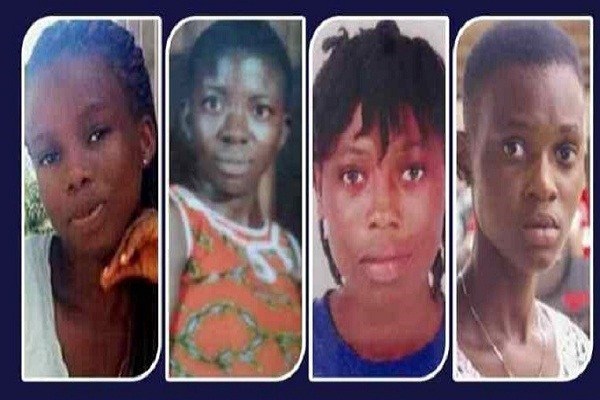 The DNA results of the four missing Takoradi girls are ready and set to be released within this week barring last-minute changes according to MyNewsGh sources.

Details of the outcome of the DNA results which saw more than 80 bones being examined by pathologists to establish if the remains are those of the four girls is still unknown but is gathered that the Acting Inspector General of Police, Mr. James Oppong-Boanuh will divulge details within the week.

Police had earlier indicated that they needed about 40 days in order to complete forensic science laboratory examination which has since elapsed.

President Nana Akufo- Addo last week Friday told the Ghana Police Service that, “Ghanaians, especially the families of the four missing Takoradi girls are anxiously waiting for news of their whereabouts from the police service”.

Speaking as the Reviewing Officer for the 49th Cadet Officers’ Graduation at the Ghana Police Academy at Tesano, the president said he “hopes that the police service responds to the growing calls for the whereabouts of the missing girls soon”.

Our sources, however, reveal that the results have been concluded and could soon be made public to bring to the lingering doubts of whether or not those bodies are those of the missing girls.

So far three persons have been arrested including Chief mastermind of the act, Samuel Udoetuk-Wills a Nigerian who was jailed recently but is still facing other charges before a Sekondi High Court after he escaped from jail in December 2018 following his first arrest.

John Oji was the second to have been arrested and the last is Chika, who was alleged to have played a key role in the whole crime and arrived in Koforidua on July 29, 2019.