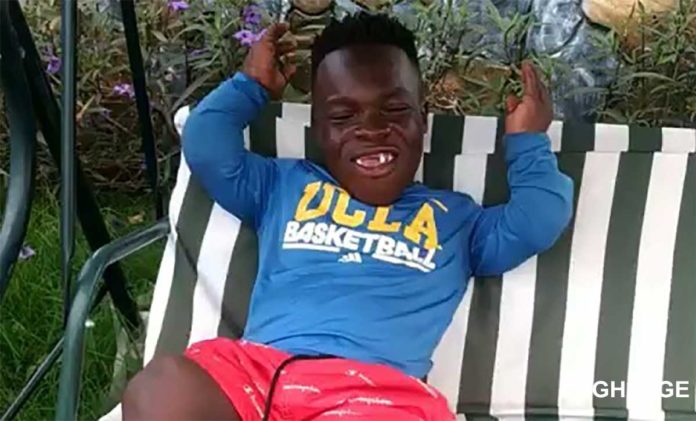 Shatta Bandle, the diminutive internet sensation who claims to be richer than Africa’s richest Man, Aliko Dangote has revealed how he lost his front teeth.

The young rich nigga as he calls himself averred that he lost his teeth in a very fatal accident during which he almost lost his life.

According to him, the incident is a very sad one he doesn’t always want to be reminded of saying ‘’ “I wasn’t born like this, I lost the teeth when I had a near fatal car accident some few years back. I don’t want to remember this accident at all.”

“I don’t really care what people say about me. As a Human being, if you don’t value yourself, then who would value you? So i’m always happy just doing my thing”

He has become very popular on social media after declaring himself richer than Aliko Dangote and Chairman of the Despite Group, Osei Kwame Despite.

He flaunts hard cash in USD, mansions and exotic cars he claims to his, on social media most of the time.