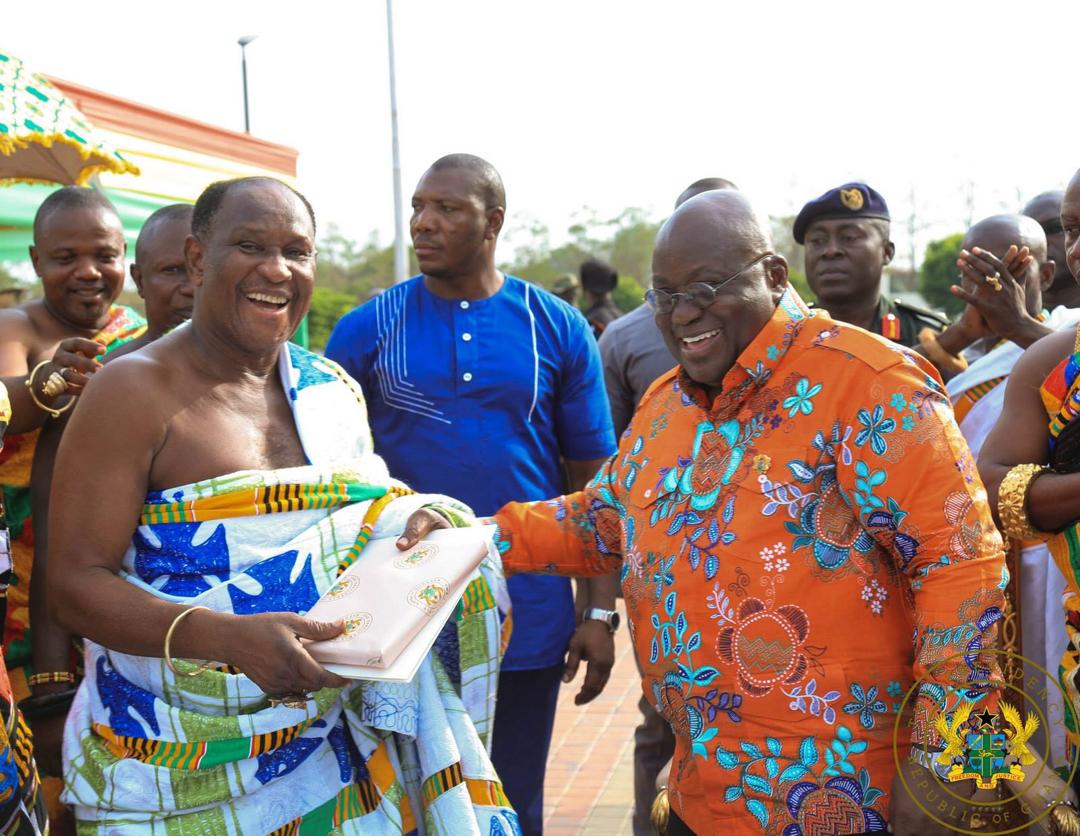 President Nana Addo Dankwa Akufo-Addo has opined that efforts by the chiefs and people of the Ahafo area to several civilian and military regimes for the creation of the Ahafo Region fell on deaf ears and went unattended.

According to the president, several chiefs from the various communities in the Ahafo enclave made a very strong case for the creation of the new region which his government could not have glossed over.

The president made the statement when he presented the Constitutional Instrument (CI) and documents of attestation of the newly created Ahafo Region to the chiefs and people of the area at the Jubilee House in Accra on Wednesday, February 13 2019.

‘’After years of continuous petitions submitted to successive administrations, military and civilian, for the creation of this region, which yielded to no results, the chiefs and people of Acherensua, Bechem, Duayaw Nkwanta, Goaso, Kukuom, Sankore and Tepa have finally had their wish fulfilled’’ the president said.

The President added that ‘’Goaso has been chosen as the capital of the Ahafo Region. I want to assure residents of the Region, however, that Government projects and structures will be equitably spread across the Region’’.