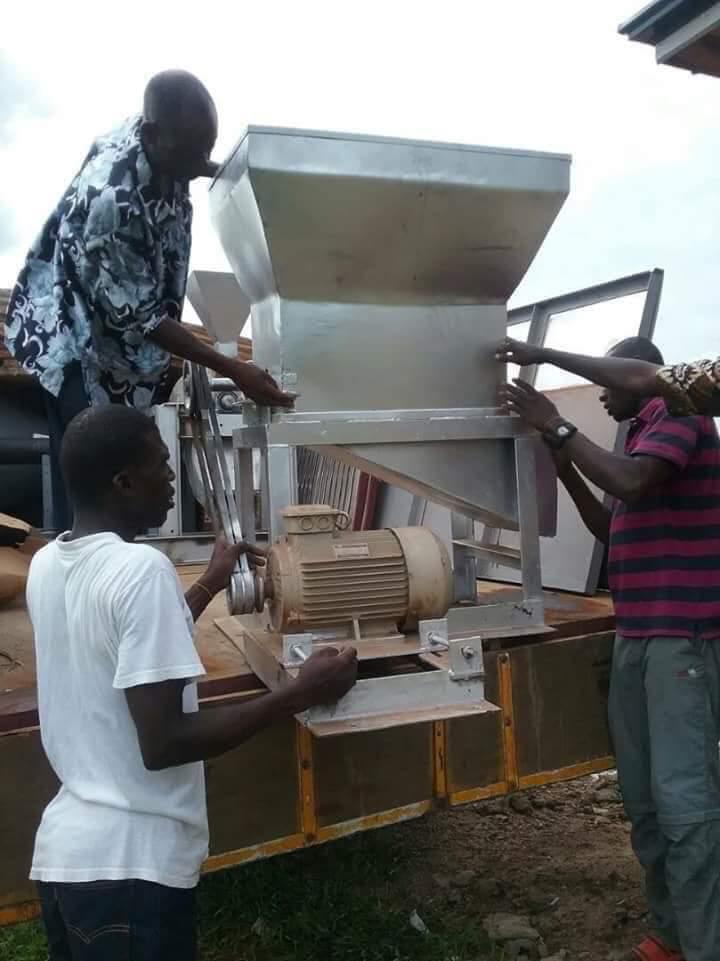 A yam and cassava processing factory to be commissioned as part of the government’s 1-district 1-factory program is 90% complete.

This was revealed at a town hall meeting organized by the Nanumba North Municipal Assembly in collaboration with the Ministry of Information.

The meeting served as the first activity of the second phase of the 1 district 1 factory programme in the Northern Region.

Speaking at the forum, the Municipal Chief Executive for the area, Abdulai Yaqoub said the factory could be operationalized by the end of the year upon a review of the proposal by the Global Almas to the Ministry of Trade and Industry.

He said various machines for the factory are being installed.

To ensure the availability of the raw material for the operations of the factory, the MCE said 150 acres of cassava have been cultivated.

“Our municipality is likely to be the first in the region to benefit from this initiative. This is because Global Almas, an investment group has expressed interest in partnering the government to establish a Yam and cassava processing factory in Bimbila. The construction is about 90 percent complete and machines for the various production units have been installed. 150 acres of land have been acquired and cultivated to ensure the availability of raw materials throughout the year. The Ministry of Trade and Industry is reviewing proposals by the group and we expect the factory to start operations by the end of the year.

“The SinoHydro Infrastructure and Policy agreements with China are to provide a 2 billion Dollars infrastructure including roads, interchanges, hospitals, rural electrification in exchange for Ghana’s refined bauxite. The barter agreements will open up a new financing model for Ghana in under taking future Infrastructural projects”

Some of the participants expressed satisfaction with the programme and called for more of such engagements to help policymakers hear citizens on new policies.

“This kind of engagement is good for the ordinary people who could not be part of Assembly meetings to share their views on development projects that would give policy directions to the assembly. Some of these engagements allow the people to tell you what they really want”

“It is largely very productive, the interface between duty bearers and the citizenry to see how best to push forward the developmental agenda. The national policies have been explained and at the district level the MCE has done well in answering some of the nagging questions people have.”

The programme is sponsored by the Ministry of Information across the various Metropolitan, Municipal and District Assemblies in the country.