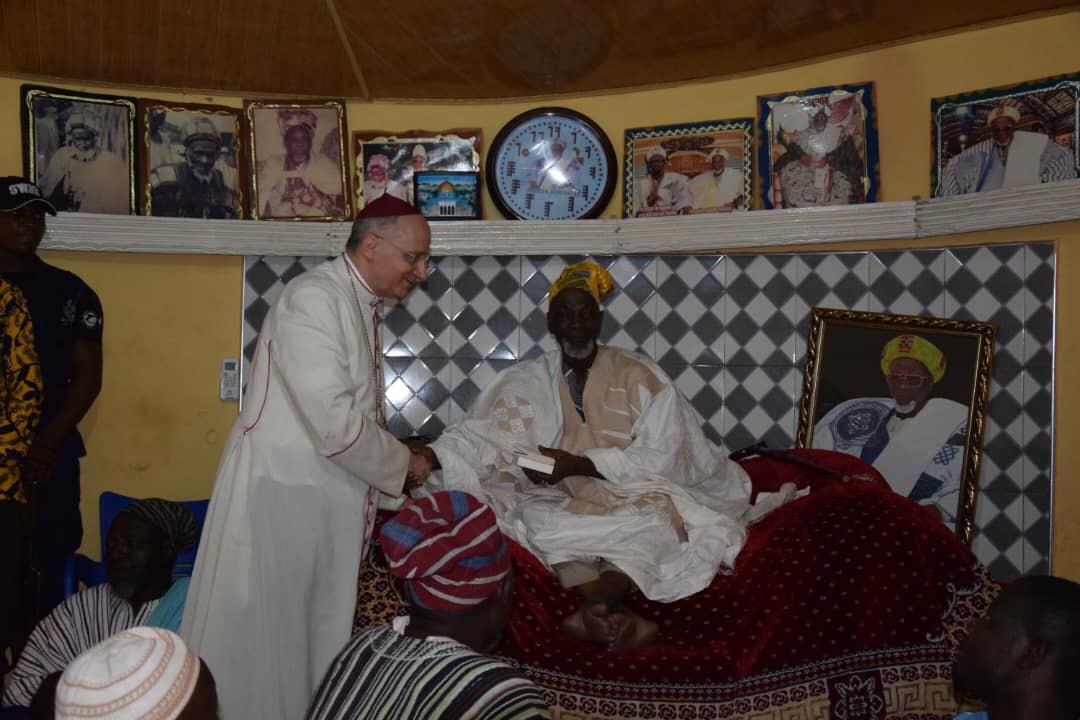 The Apostolic Nuncio to Ghana Most Rev. Jean Marie Speich, on March 15, 2019, paid a courtesy call on the Overlord of Dagbon, Yaa-Naa Abukari Mahama II at the Gbewaa Palace in Yendi.

Most Rev Speich, who was in Yendi to participate in the climax of the 20th anniversary celebration of Yendi Diocese, commended the Yaa-Naa for bringing peace and blessings to Dagbon and also for the cordial relationship between Muslims and Catholics in his kingdom.

The Apostolic Nuncio presented the Yaa-Naa with a special medal from Pope Francis.

The medal depicts two persons embracing each other in a gesture of peace, fraternity and reconciliation.