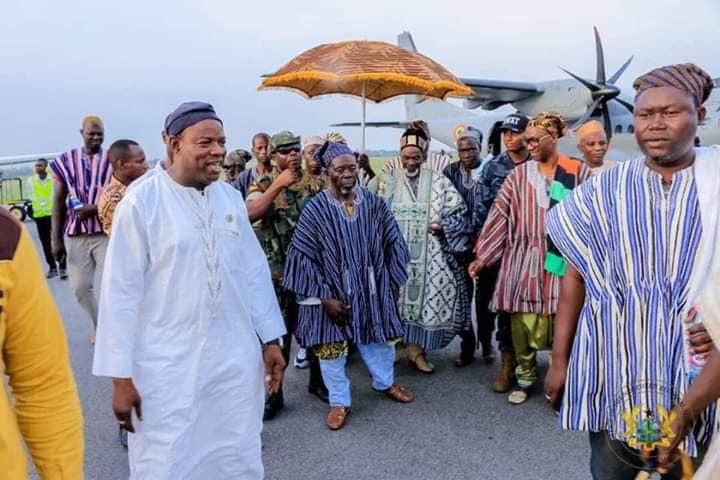 The Overlord of the Dagbon Kingdom, Ya-Naa Abukari Mahama II was in Kumasi, the Ashanti Regional Capital on Saturday, April 20, 2019 to join the Asantehene, Otumfuo Osei Tutu II celebrate his 20th anniversary as Asantehene.

Joined by other chiefs from the Dagbon Kingdom including the Mion Lana Mahamudu Abdulai, the Daire Lana Abubakari and Pisheigu Lana Alhassan Andani, it was a great display of tradtion and culture at the Ya-Naa arrived the the Manhyia Palace.

The  Northern Regional Minister, Salifu Sa-eed received the King of Dagbon, His Majesty Ya-Naa Mahama Abukari II and his entourage at the Kumasi Airport.

His arrival was met with a massive crowd from the Dagbon Community in Kumasi amidst drumming and dancing through some streets through to the Manhyia Palace.