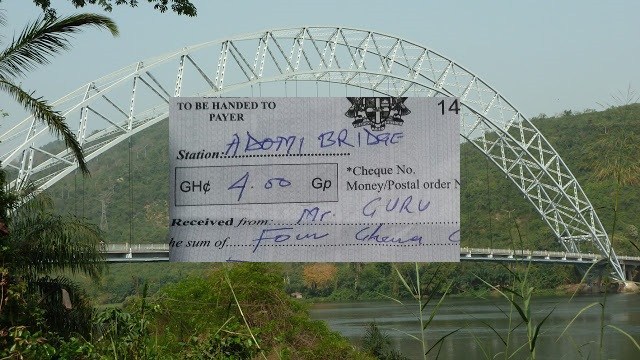 The Ghana Tourism Authority has distanced itself from the charges being slapped on visitors to the Adomi Bridge who go there to take photographs.

It will be recalled that one such visitor by name Johannes Nartey Guru shared his experience and produced a receipt with a face value of 4 Ghana Cedis which was charged him for taking pictures on the bridge.

The story which has since gone viral on both mainstream and social media has gotten most people ridiculing the government and the Tourism Authority in particular for the unpopular move.

One media outlet which reported the story sought to put the blame on the Authority.

But in a rebuttal, the Eastern Regional Manager of the Ghana Tourism Authority Fredrick Adjei Rudolph distanced the Authority from the said charge, arguing that they have no hand in it.

Read his rebuttal below:

The Ghana Tourism Authority has taken notice of a story dated 19th April, 2019 on your news portal, the ghanaweb, with the above headline.

The Authority does not have any hand in the day to day management of the Adomi Bridge and therefore could not have set fees or charge for its usage by visitors for selfies or any other activity.

Interestingly, the evidence provided by the writer is a receipt bearing the stamp of the Asuogyaman District Assembly and signed by the District Finance Officer. This receipt has nothing to do with the Ghana Tourism Authority.

As the regulator of tourism enterprises in the country, we will, in the public interest, follow up with the relevant local authorities.

We urge the writer and the media in general to cross check basic facts next time to avoid such misrepresentation.