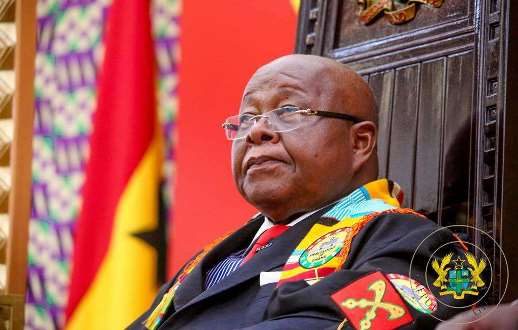 The opposition National Democratic Congress Member of Parliament for Bia East Constituency in the Western Region, Richard Acheampong has accused the Speaker of Parliament, Professor Mike Oquaye of refusing to admit pictures of bad roads he took from his constituency as evidence of the poor nature of the road network in the area because he was not a professional photographer.

According to the MP, the Speaker requested him to go and engage the services of a professional photographer before his evidence would be admitted in the house.

The pained Richard Acheampong described the action of the speaker as unfair since his shots were as good as what the professional photographer would have taken, saying ‘’can you imagine that. I am the MP of the area and my roads are bad and I take pictures to come and make a case as to why they need to be fixed, particularly because this is a cocoa growing area, you tell me I should go and engage the services of a professional photographer, this is really not on’’

The MP also chided the ruling New Patriotic Party (NPP) for not doing much to rehabilitate the roads in the area which are captured under the cocoa roads, insisting that priority must be given to such roads because of the important role they play in the economic development of the country.