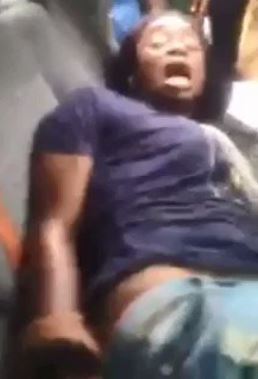 A video that was shared online recently shows a woman tied up in a car with her son by her husband and his friend who had intentions of using them for money rituals.

Things were going according to plan for them until the woman screamed for help – her cry attracted passersby who approached the vehicle and rescued her. The incident is said to have taken place in Surulere, Lagos.

The video also shows two men suspected to be the husband and his friend being brutally handled by a mob.

The culprits have since been handed over to the law enforcement agencies for investigations and possible prosecution.