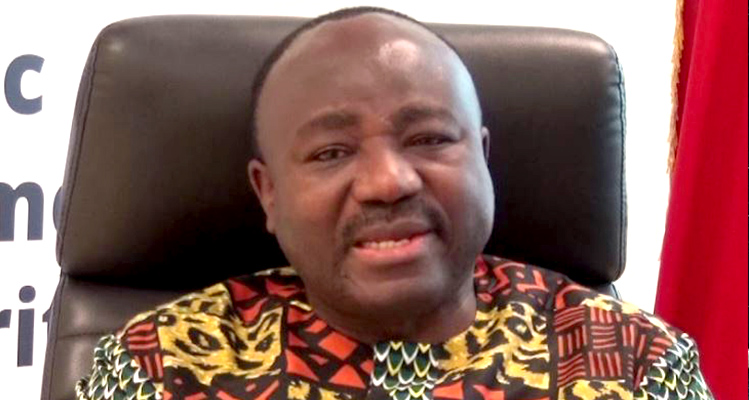 Many Ghanaians including Minority members of the opposition National Democratic Congress (NDC) have linked Mr. Adjenim Boateng Adjei ties with the ruling party and the Akufo-Addo led government.

Speaking to those rumours, the NPP Regional Secretary challenged any person to come and prove the accused is a member of the governing NPP.

“Not all state-owned institutions are CEOs are our members. The Auditor General now was appointed by John Manama but he is working in this government but he is not an NPP member”, Mr. Samuel Pyne explained.

Mr. Adjenim Boateng Adjei is currently being investigated by the office of the Special Prosecutor and the Commission for Human Rights and Administration Justice over the exposé.

In the documentary by Investigative Journalist Manasseh Azuri Awuni titled “Contracts for Sale”  the PPA Boss was said to have established his own company under the name Talent Discovery Limited incorporated in June 2017 which has won a number of government contracts through restrictive tendering.

From excerpts of the 46-minute documentary, it also emerged that the company was engaged in the sale of contracts and was ready to sell one worth a ¢22.3 million to a non-existent entity during undercover investigation.

Ministries, Departments and Agencies (MDAs) have confirmed that the contracts being sold by Talent Discovery Limited are authentic contracts that have been awarded to the company. The company has had contracts with the Ghana Water Company (GWCL), Ghana Cocoa Board (Cocobod), Ghana Ports and Harbours Authority (GPHA).