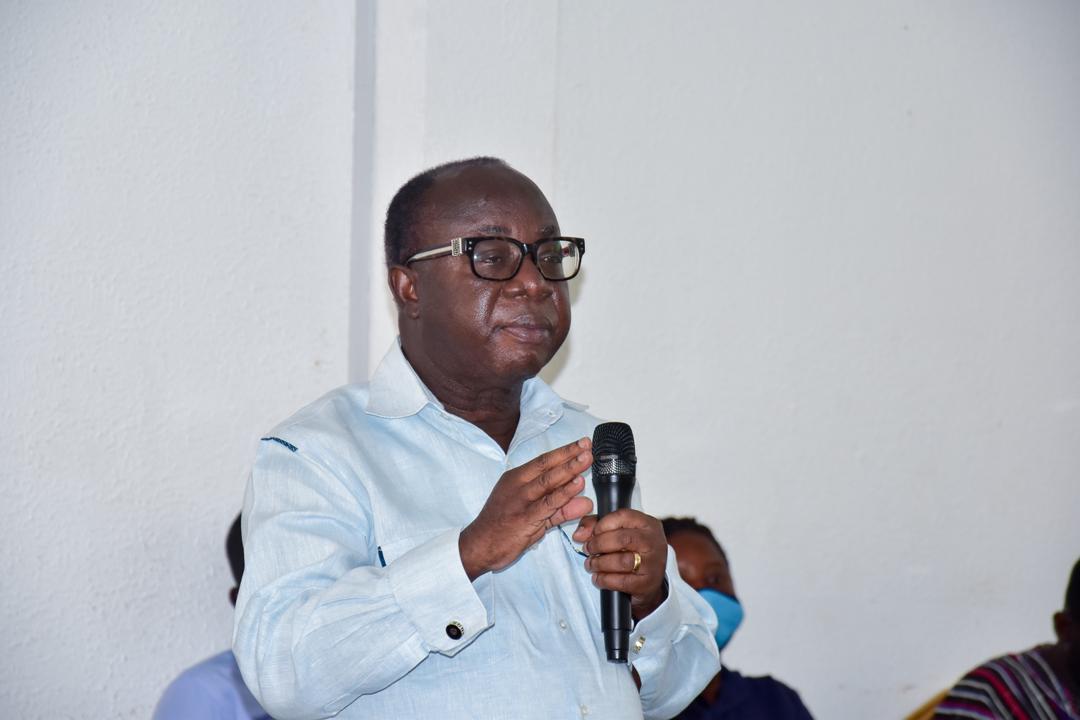 The National Chairman of the governing New Patriotic Party, Hon. Freddie Blay has extolled the unprecedented achievements of President Akufo-Addo. Mr. Blay noted that “the government has taken away the major hindrances that prevented most Ghanaians from accessing secondary education in the past, with the introduction of free education, the restoration of teacher and nursing training allowances, the cancellation of PTA dues the abolition of extra classes and other activities that brings a huge financial burden on parents and children. The opportunity has arisen for every Ghanaian, whether rich or poor to achieve their God-given potentials. Children have no reason not to pursue education and parents/guardians have no excuse not to encourage their wards to opt for education rather than selling water, dog chains, plantain chips, tissue paper and other funny items on our streets.’’

He continued that ‘’The amazing thing about this policy which has been perfectly husbanded by the hard-working Minister of education Dr. Mathew Opoku Prempeh is that, children are provided with all the relevant learning materials, books, school uniforms, well-motivated teachers and even food for their personal nourishment”.

Chairman Blay made these remarks during his interaction with the Central Regional and Western Regional executives, MMDCEs, government appointees in both regions, volunteer groups, regional campaign teams, patrons and some leading members of the party as part of his nationwide tour to ascertain the preparedness of the party and further urge the party on to victory come 7th December 2020.

Chairman Blay informed the team that with President Akufo-Addo as the President for the next 4 years, the future of the country and particularly the youth would be brighter, filled with hope and greater opportunities. “We pray and equally believe in the sense of appreciation of Ghanaians, particularly those who were lucky to benefit from the free SHS policy and their numerous parents and guardian to vote massively for the NPP parliamentary candidates and the Presidential Candidate, Nana Addo Dankwa Akufo-Addo.”

Chairman Blay urged the party to educate the populace on the position of the Presidential Candidate on the ballot sheet. He said Nana Addo Dankwa Akufo-Addo and the NPP parliamentary candidates across the country are positioned number one on the ballot by God Almighty.  “This position is ordained by God and with hard work, extreme vigilance, the various positioning on the ballot paper as we see and know today would be the eventual positions after the declaration of the electoral result by the Electoral Commission.

The Central Regional Chairman, Mr. Robert Kutin Junior and his Western Regional counterpart Mr. Ndede Siah shared the sentiments of the National Chairman and pledged to make the two regions strongholds of the NPP.