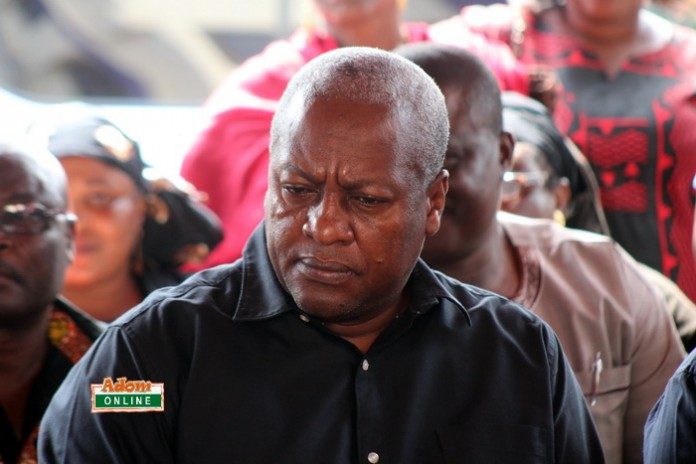 The Vice President, Dr. Mahamudu Bawumia has questioned the sincerity of former President Mahama who recently claimed that the job losses created by the revocation of licenses of a number of indigenous financial institutions posed a national security threat.

During a speech at the launch of the UNOPS housing project initiative in Accra, Dr. Bawumia stated that “The Government’s financial interventions in the cleanup exercise were necessary to help mitigate the socio-economic impacts of the failure of the relevant financial institutions. Government is determined to recover these funds from persons whose actions led to these mass failures.

The Government’s actions have restored confidence in the banking system as customers of the defunct deposit-taking institutions continue to access their funds without difficulty.

Through the Government’s interventions, deposits held by some 4,629,029 depositors have been saved, as well as over 3,000 jobs saved. To minimize job losses, CBG and GCB retained thousands of former employees of the failed institutions.  Unpaid salaries of some failed banks have also been paid by the Receivers.

Can you imagine what would have happened in this country if 4.6 million depositors had lost their savings? This is over 7 times all the workers employed by government! That would have been a real national security threat”

Where were the specific policies to support them? Does he know how many jobs were lost? What did he do about that if he cared so much about jobs? Today he is opportunistically crying about job losses because he wants votes.

Many nurses and teachers completed training but were left to sit at home for four years. Did their jobs not matter? Where was John Mahama’s caring for the people when his government:

“Were these all not threats to national security?” Dr. Bawumia asked.

The Vice President noted that “We would all like to see the survival and growth of indigenous banks but we don’t want to have financial institutions that threaten the stability of the entire financial system whether they are indigenous or foreign. We would rather have a few well capitalized, liquid and sound banks than many weak, undercapitalized and illiquid banks that cannot effectively function as banks”.