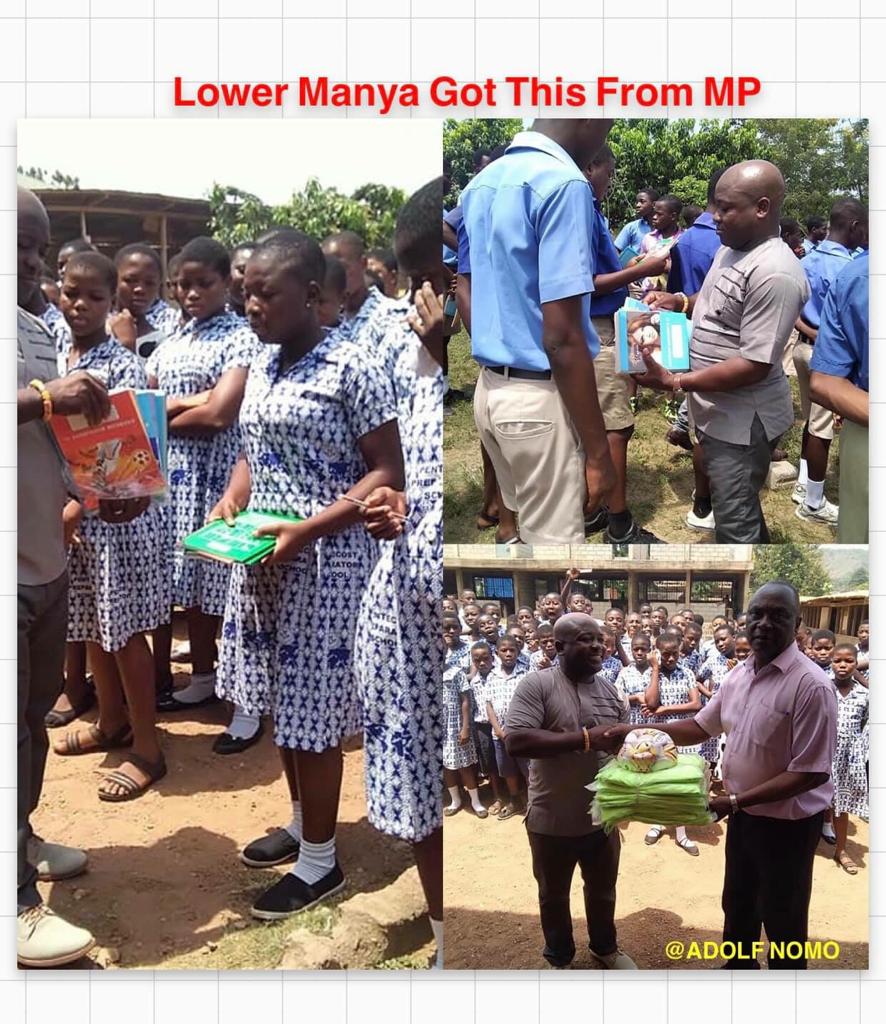 Residents of Lower Manya Krobo are up in arms against their Member of Parliament who they say is only good at donating footballs, exercise books, jerseys and pens just to win votes.

Their anger comes on the heels of the massive donation by the Member of Parliament for the Assin Central Constituency in the Central Region, Kennedy Agypong who donated several items including a blood blank refrigerator, 10 sets of hospital beds, theater equipment and motorbikes among others to the Assin Foso Polyclinic.

The Assin Central MP also promised to purchase air conditioners, an incubator and a 40kv generator for the health director later.

This gesture by the NPP MP seems to have exposed the NDC Member of Parliament for the Lower Manya Krobo, Ebenezer Terlabi, who the constituents accuse of belittling their intelligence.

One of the constituents by name Adolf Nomo took to Facebook to pour his frustration and anger on the matter.

He wrote ‘’so who at all told Kroboland politicians (especially MP’s) that we only need football, exercise books and Jerseys. Every election time, they come around and donate jerseys, exercise books, pens & footballs just to win votes. MP for Lower Manya on Thursday (21/02/19) donated a set of jersey and 1 football, 50 literature books and Exercise books.

Compare this to what other MP’s donate:

MP for Assin Central constituency yesterday (23/02/19) donated to Assin Foso Polyclinic.  Items include care-microscope autoclave machines, Blood Bank refrigerator, 10 set of beds and chairs as well as refrigerators, baby Scale machines and other Theater equipment. He also added two Motorcycles for easy movement to nearby communities. He promised to buy a 40kv generator, air conditioners, Incubator and other Theater equipment to the Directorate. #KrobolandDeservesBetter’’.