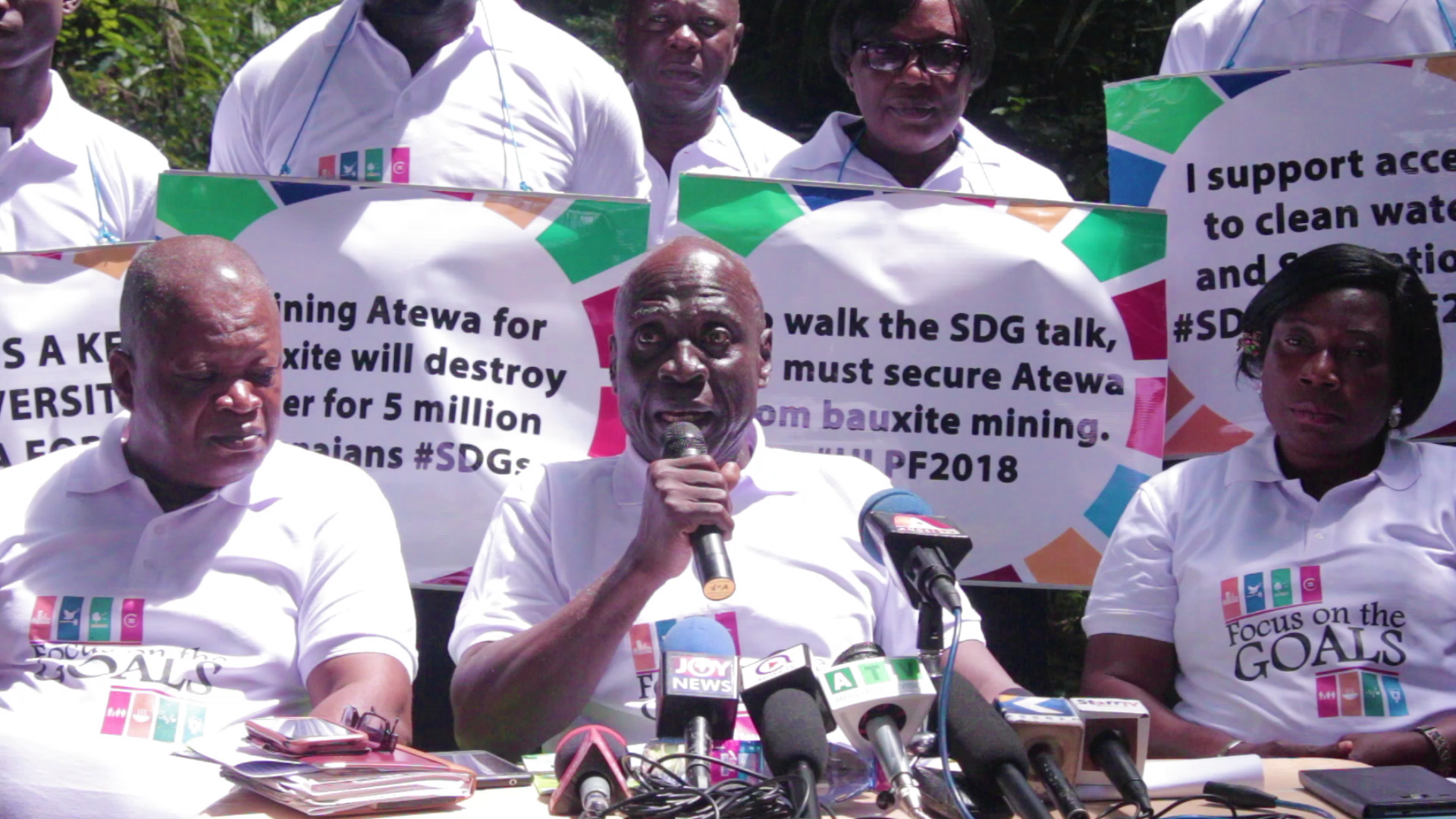 A group calling itself The Concerned Citizens of the Save the Atewa Landscape has issued a strongly-worded statement in rebuttal of comments made by Environment, Science, Technology and Innovation Minister, Professor Kwabena Frimpong Boateng, regarding protestations against government’s plans to allow bauxite mining to be carried out in the Atewa Forest.

On July 2, 2019, Prof Frimpong Boateng described groups opposed to government’s plans to allow mining in the forest reserve as galamseyers, claiming that these groups were engaging in double standards, since these same people were mining illegally in the Atewa Forest.

The Concerned Citizens of the Save the Atewa Landscape, in its statement, described the words of the Minister as “not only unfortunate, but definitely a travesty of justice and betrayal of public confidence bestowed in our public officers to secure our natural resources”.

They served notice that they will not be swayed by the comments and conduct of government’s functionaries, but will continue resolutely to “resist any attempts to mine in a watershed that is contributing significantly to our water needs as a country and helping us build resilience to climate change”.

“Do we have to fight our government and be called names, just because we believe in securing our natural resources for posterity?” the statement queried.

They cautioned members of government to refrain from tagging them as they remain focused on pursuing their policy direction.

The statement went on to clarify that the membership of the Concerned Citizens of Atewa Landscape have never indulged in galamsey and will never engage in galamsey.

They accused the Minister of engaging in double standards, reminding him of a previous meeting held on April 18 between he and them, where he assured them of his support to see that the sanctity of the forest reserve is preserved.

They also reminded the Minister that on March 22, they held a press conference on the issue of illegal mining in Atewa, where they called on the Forestry Commission and the police, as well as Operation Vanguard, to be up and doing.

They went on to accuse Prof Frimpong Boateng of betraying the trust of the masses and the core mandate of the ministry of which he is the head.

The Forestry Commission was also not spared as its chief executive officer, Kwadwo Owusu Afriyie, was accused of double standards for backtracking on the support he had earlier given to the group when they embarked on a walk to the Jubilee House.

They accused the ministry and its agencies – the Environmental Protection Agency, Minerals Commission, and Forestry Commission – of sleeping on the job while actual galamseyers encroached on the forest reserve, accusing them of forcing the President to endanger his presidency by personally leading the charge against illegal mining in the country.

They also pooh-poohed comments from the President and the ministry that responsible mining processes would be employed to preserve flora and fauna.

They reminded Prof Frimpong Boateng that the Atewa Forest is gazetted in law as a forest reserve classified under several protection regimes as a hill sanctuary, important bird area and a globally significant biodiversity area, for which reason the responsibility to manage and secure it from all threats lies first and foremost with the state agencies mandated with its protection.

They ended by challenging the Professor to adduce any proof to buttress his accusations, failure for which “he should apologise to all well-meaning Ghanaians who are against plans to convert our most important watershed into a mine pit”.