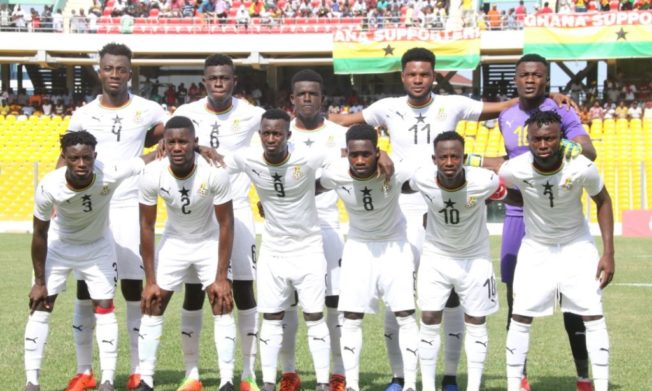 The Ministry of Youth and Sports has shot down allegations suggesting that the ministry has directed foreign-based players of the National U-23 team to purchase their own air tickets to join the team in Ghana,” ABC News can report.

The Under 23 team, Black Meteors, is currently preparing for the Africa U23 Championship scheduled for next month in Egypt and the foreign-based players are expected to join their teammates in Accra for the preparations.

The tournament will determine which countries qualify for the Olympic Games in Japan in 2020.

According to several reports, the foreign-based players have not been able to join the team because the Sports Minister has ordered them to fund their own trip.

But speaking on Peace FM’s morning show Thursday, the Minister of Youth and Sports’ Spokesperson, Kofi Asare Brako said the rumours are not true.

He averred that the Ministry is very concerned about every one of Ghana’s national teams and will not take any decision to negatively affect them in any way.

The truth of the matter, he claimed, is that the Ministry has not yet provided the players with money for air tickets but has also not suggested that they fund their trip, although that has happened in the past.

He indicated that the Normalisation Committee (NC) of the Football Association (FA) has not been collaborative enough and that has been a major part of the challenge.

“The arrangement has always been that if a national team is going to play a match, the GFA submits a budget for funds to be made available.”

“In the first instance where some of the players were made to purchase their own tickets and be paid later, we have asked them to present the receipts for their monies but up till now, the Normalisation Committee has not presented anything yet.”

“The players are in camp and training ahead of a match and we have not yet received any form of budget or monetary request for the NC,” he said.

Mr. Asare Brako indicated the NC appears to be overly concentrated on the upcoming elections and have shelved some of its mandates.