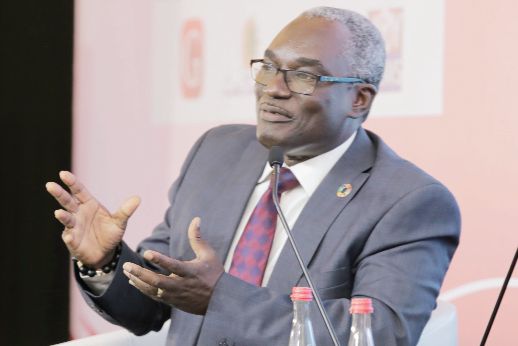 As Ghana joined the rest of the world in celebrating World Poverty Eradication Day yesterday, its scorecards on poverty reduction and inequality are showing contradictory tales, with more than 2.4 million people living in extreme poverty.

Experts also say the economy is growing, with poverty reducing, while inequality is increasing, as the gap between the incomes of the poor and the rich is widening.

More than 2.4 million Ghanaians, representing about 8.5 per cent of the population, were living in extreme poverty, according to the Ghana Statistical Service’s (GSS’s) seventh Ghana Living Standards Survey (GLSS).

The number is said to be living below the World Bank’s global poverty line of $1.9 (a little over GH¢10) spending a day.

In spite of the statistics, some of the country’s experts in economics and development say Ghana has made significant progress in reducing poverty.

The Director of the Institute of Statistical, Social and Economic Research (ISSER), Professor Peter Quartey, and the Director-General of the National Development Planning Commission (NDPC), Dr Kojo Mensah Abrampah, told the Daily Graphic that while Ghana was recording some good outturn in poverty eradication, it was not the same with inequality, which was widening.

“We are making progress in the fight against poverty. However, there is more room for improvement. We can do better than we are doing because there are still high levels of poverty in the country,” Prof. Quartey said.

He explained that regional statistics on poverty were still very high, explaining that the poverty rate in the northern part of the country, for instance, was about 70 per cent, while the national poverty rate was about 20 per cent.

“If you look at the aggregate, we are doing well in the fight against poverty. However, aggregates hide the disparities at the regional levels,” he stated.

According to the GSS, the Ghanaian economy benefited from the production of crude oil in commercial quantities and strong economic growth in 2011, leading to the attainment of a lower middle-income status for the country.

However, it remains to be seen whether the growth has benefitted all sections of society, including the poorest.

Several social intervention programmes, including Livelihood Empowerment Against Poverty (LEAP), the Capitation Grant and the School Feeding Programme, and now the free senior high school, started in 2017, have been implemented with the aim of alleviating poverty among the vulnerable population.

According to the service, much needed to be done if the country had to achieve the Sustainable Development Goal (SDG) on ending poverty in all its forms by 2030.

Prof. Quartey further explained that the inequalities gap continued to widen, as the rich got richer and the poor poorer.

He said although various social interventions introduced by the government were meant to cushion the poor in society and also reduce the inequality gap, some beneficiaries of those interventions sometimes dented the programmes with political colour, therefore, the interventions did not achieve their purposes.

He mentioned the Livelihood Empowerment Against Poverty (LEAP) as one of the laudable initiatives by the current government. However, he said there was the need to take it beyond the cash transfers.

Prof. Quartey underscored the need for the government to further resource and build the capacity of the poor and set them up to enable them to earn sustainable incomes to improve their livelihoods.

He also recommended that the various social interventions be properly coordinated to ensure equality and avoid repetition.

Additionally, he said, the private sector needed to be involved in the various social interventions, especially the ones that created job opportunities.

“The government can decide to give some form of tax incentives or tax rebates to the private sector, which in turn will absorb some of the unemployed persons in their firms,” he urged.

While urging the government to grow the economy, so that it could reflect in people’s pockets to improve their livelihoods, he entreated the populace to be productive at work.

Dr Abrampah shared similar sentiments, but insisted that the country was winning the fight against poverty because the country was doing well with all the benchmarks on poverty eradication, including rising income levels.

He said ever since Ghana returned to democracy in 1992, access to basic infrastructure had been improving, thereby bridging the poverty gap.

On health, the National Health Insurance Scheme (NHIS) was a major intervention to make health care accessible to the poor, catering for basic ailments that in the past sent people to their graves, he added.

Dr Abrampah, however, intimated that Ghana had failed to deal with sanitation as a major yardstick for poverty reduction because only 17 per cent of the population had access to proper sanitation.

He also said while unemployment remained a major issue affecting the country’s poverty numbers, the government was shrinking those figures with interventions such as the Nation Builders Corp (NaBCo) and Planting for food and Jobs.

He, however, admitted that the inequality gap was widening.

“Inequality is increasing because the moment you attain a middle-income status, you will have the fast movers who take advantage of the economic opportunities, for instance, in the oil industry, information technology and businesses such as communication, and they will enjoy incomes that will be extremely high,” he said.

He said the 2006 Human Development Index report showed that fishermen, smallholder farmers who depended on rainfall, cash crop farmers who grew crops such as cotton, people living in mining communities and children were vulnerable to inequality.

He said the solution was to target such groups with interventions that made it more attractive to the poor than the rich.

Dr Abrampah cited LEAP, the Microfinance and Small Loans Centre (MASLOC), the Planting for Export and Rural Development and the One-district, One-factory (1D1F) initiatives as interventions which, when targeted well, could bridge the country’s poverty and inequality gaps.

An entrepreneur, Mr Duncan Tawiah, explained poverty as “the inability to provide the basic necessities of life; for example, education, food and clothing”.

He further indicated that he was not poor because he was educated and could afford the basic necessities of life.

Mr Martin Amoako, a trader at the Tema Station Market in Accra, defined living in poverty as “someone who cannot take care of himself, someone who cannot pay his/her child’s school fees. I can feed myself three times in a day but I will not say I am rich.”