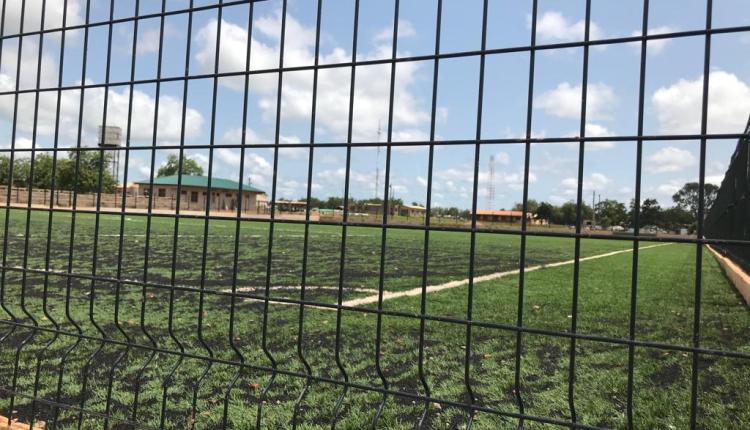 The first ever astro turf pitch in Walewale in the West Mamprusi District of the North East Region is near completion, MyNewsGh.com has confirmed.

The project under the auspices of the Ministry of Inner City and Zongo Development is the first of its kind in the hometown of Vice President Dr. Mahamudu Bawumia after several decades of sporting activities being held on a rocky football park.

Residents have been hailing the project initiated by the current New Patriotic Party (NPP) administration considering the fact it will impact positively on the development of sports in the area.

The West Mamprusi District has in time past produced heroes for the Northern Region where it was initially attached.

Upon completion, the modern sports facility will have an artificial pitch, changing rooms, washrooms and floodlights.

The sector Minister, Dr. Sheikh Mustapha Abdul Hamid observed that the turf is the beginning of the creation of a united and inclusive society, where what could be found in an elite community had been brought to the doorstep of the people of  Walewale’.

He said the project, which is currently being piloted in various communities across the country, would be extended to other Zongo communities.

‘’It is worth mentioning that this sports project is being executed in collaboration with the Ministry of Youth and Sports and more of such would be built across the country this year’’, he said.