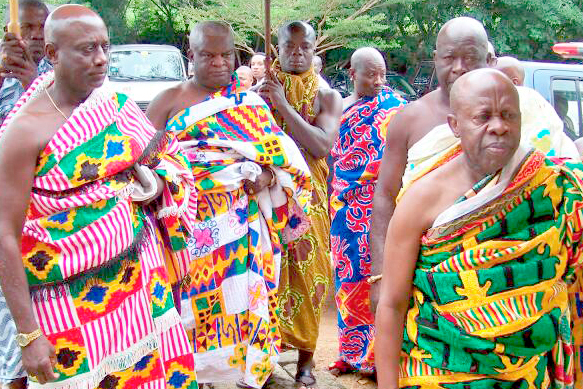 The paramount Chief of Sefwi Wiawso Traditional Area in the Western Region Katakyie Kwasi Bumangama has indicated that the people of the newly created North-Western Region will set aside the 27th of December every year to celebrate their ‘independence day’ following the successful yes vote of 99.58 percent they attained during the just ended referendum that has paved way to officially create the new region.

He said the chiefs and people of the area having looked forward to the creation of the new region for more than 40 years were happy that their dream has eventually materialized.

According Katakyie Kwasi Bumangama, the struggle for the creation of the new region begun with their forefathers and that for more than 47 years, they have looked up to this day which has eventually materialized.

He was full of praise for president Nana Addo Dankwa Akufo-Addo and government for what he said is ‘liberating them and giving them their freedom’’.