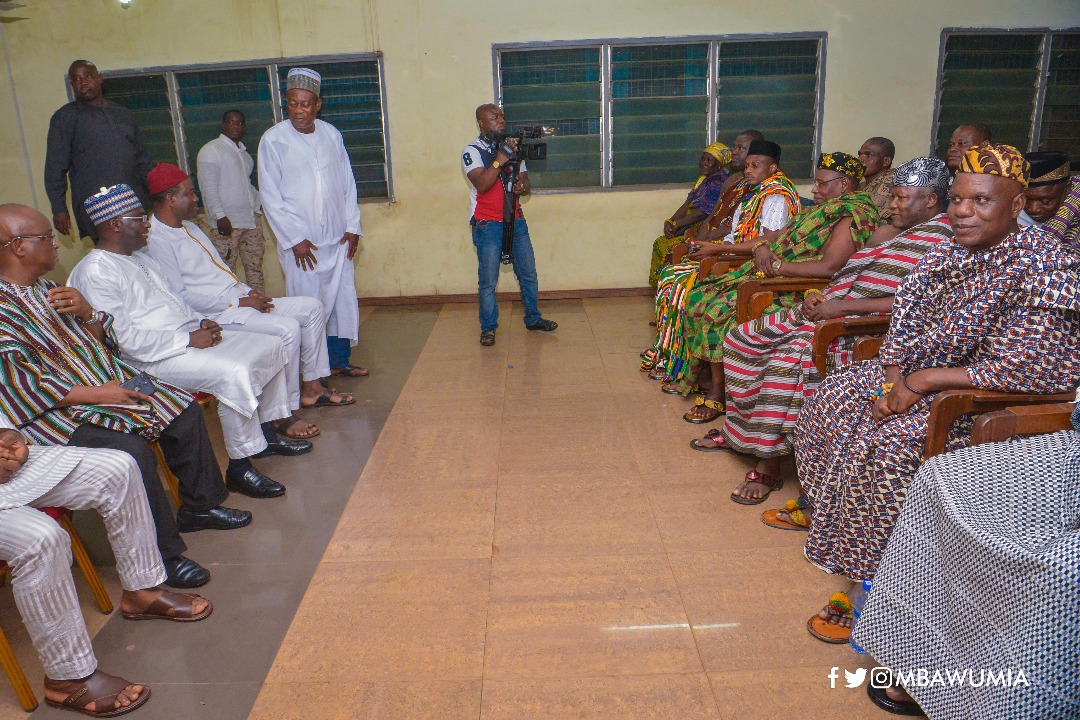 The Zongo Chief of Kpedze in the Volta region, Alhaji Iddrisu Eliasu has praised President Akufo-Addo and his government for the far-reaching policies that address the basic living needs of the ordinary Ghanaian.

Alhaji Iddrisu Eliasu has indicated that he is pleased with the manner in which the government is trying to lessen the burdens of the Zongo people by not just giving them perishables like rice and sugar but rather implementing policies that guarantee them sustainable livelihood.

“Your Excellency, as you are here we are very happy that you have joined us. We have always needed somebody to come and help the Zongos. We are glad your government has come and is doing just that.

”In times past many governments have come but none prioritized the plight of The Zongos. Your government has come to show us so much love by ending the era of governments giving we the Zongos just rice and sugar. No, we don’t need that. Rather we need your planting for food and jobs, free SHS, Zongo Development Fund, Arabic Teaching, and the many social interventions you have rolled out. We think the era of rice and sugar should be over”, Chief Iddrisu observed.

He continued “Just yesterday we collected our fertilizers under the planting for food and jobs. And (thankfully) there is rain today. Tomorrow we will be applying the fertilizer”.

“Planting for food and exports we are also taking part and then free senior high school. I don’t think we now have any excuse about poverty that our children shouldn’t go to school up to SHS, and that, we are very grateful”, he added.

The Zongo Chief further paid special tribute to Vice President Bawumia for the fulfillment of some promise he made to the people of Kpedze in the run-up to the 2016 elections.

“You were here as a candidate and you promised and you fulfilled that led to the take-off of our Islamic school here in the Zongo, the first and the only one in the district”, Chief Iddrisu mentioned.

The Zongo Chief delivered these messages when Vice President Alhaji Dr. Mahamadu Bawumia joined his Muslim brothers and sisters to worship Allah and pray for the nation as part of his Ramadan Tour to the Volta Region on Saturday, 11th May. 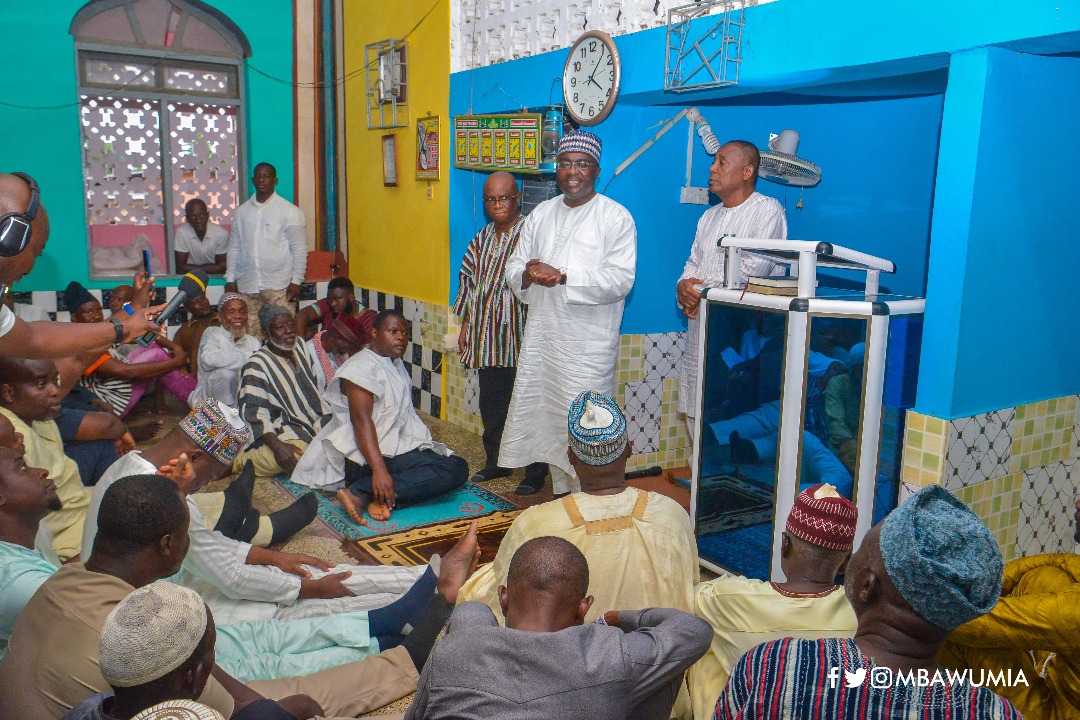 Dr. Bawumia started his Ramadan Tour from the Oti Region on Friday, 10th May, where he visited mosques, as well as chiefs and people in communities such as Dambai, Kwamekrom and Kadjebi.

Addressing the gathering of fellow Muslims at the mosque in Kpedze, Vice President Bawumia called for peace and unity among colleagues of the Islamic faith, as well as the need for acceptance and tolerance across various faiths in Ghana, particularly between Muslims and Christians.

“Currently we enjoy real peace and harmony between Muslims and Christians largely because we tolerate and accept each other despite our diversity in faith. We should not take this precious commodity (peace) for granted since the absence of it mean anything worse one can think of”, Dr. Bawumia admonished.

He continued that “as a country, our growth and development lie in our unity and that we must do everything possible to preserve that”.