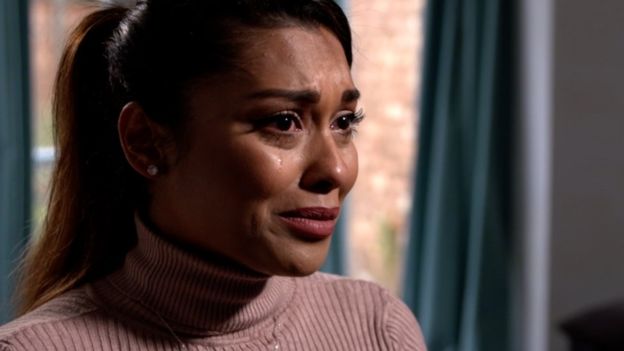 A young British woman flew back to the UK on her own after fleeing a forced marriage, it has been revealed today. She returned to Heathrow by herself after escaping from her husband while on her honeymoon. When he returned he was intercepted at the airport but it is not currently clear if a criminal probe is underway.

Border Force modern slavery spokesman Amanda Read said: ‘A couple of weeks ago we had a case at Heathrow of a girl who had a forced marriage, went on honeymoon and managed to escape from her honeymoon.’ She said: ‘It’s an ongoing case. For me, it was the first time I had seen that. ‘I think it (the forced marriage) had happened here and they had gone out on honeymoon. She was an adult, a young adult.

‘I can’t remember exactly where she had been on honeymoon. She came and made a declaration when she had come back.’ Check-in staff and cabin crew at airlines, including EasyJet, are being trained to spot victims of forced marriage, FGM and modern slavery.

But police stressed airport interventions are a last resort, with the focus on changing attitudes and prevention. Her story emerged as Scotland Yard launched an operation at the UK’s busiest airport to raise awareness of forced marriage.

Police officers, along with Border Force, are aiming to identify victims and perpetrators of the practice, as well as those at risk of female genital mutilation (FGM), honour-based abuse and breast ironing, as they return to the UK.

The operation is part of a national week-long crackdown on forced marriage, dubbed Operation Limelight, focusing on flights to and from countries where the practice is the most common.

Inspector Allen Davis, from Scotland Yard’s rape and harmful practices partnership team, said: ‘Forced marriage is a crime that has devastating consequences. ‘Unfortunately it remains a hidden harmful practice and we need to change that and normalise conversations about it.’ Detective Sergeant Trudy Gittins, from West Midlands Police, said forced marriage protection orders are one tool available to the authorities. Courts can stop family members, including parents living in the same household, from applying for passports or arranging ceremonies, with breaches becoming a potential criminal offence. DS Gittins said some 1,849 of the civil orders were granted between when they came in to force in 2008 and December 2018.

A forced marriage is one which one or both spouses do not, or cannot, agree to. It was made a specific crime in 2014, with a maximum jail term of seven years. Last year, the Home Office supported victims in 1,764 suspected cases of forced marriage, 574 of which involved under-18s.

These cases were linked to 74 different countries, the most common of which involved travel to Pakistan (769 cases), Bangladesh (157 cases) and India (110 cases).

Officials say real numbers are likely to be much higher because the crime goes unreported. Polly Harrar, founder of the Sharan Project charity, said forced marriage victims have been identified between the ages of two and 80. An NSPCC spokesman said: ‘Coercing or forcing children into marriage is illegal and can involve physical, sexual or emotional abuse. ‘Sometimes children are, understandably, too frightened to speak up because they believe they have no control over the situation and they worry they will get their family into trouble or be disowned by their parents. But it’s so vital that they do speak up. ‘We want them to know that they can always talk to Childline, no matter the hour, and there is always a counsellor ready to listen and to help.’