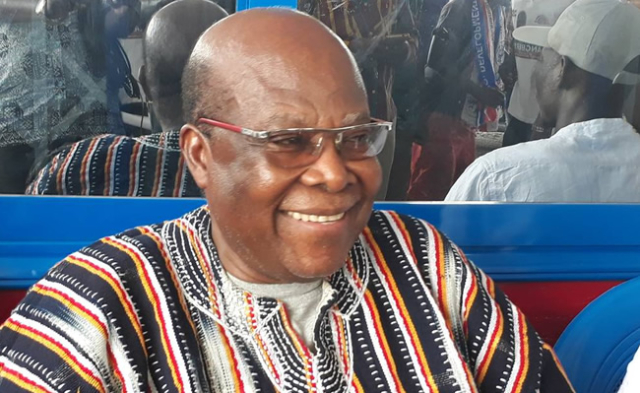 The Upper West Regional Chairman of the ruling New Patriotic Party (NPP), SB Kangberee has officially reminded the vice chairman of the party in the Nadowli/Kaleo constituency Isaac Dumah of his constitutional duty to take over the running of the party’s affairs.

A letter signed by Mr. Kangberee and dated 25th September 2018 and addressed to the 1st Vice Chairman of the party in the Nadowli Constituency stated in part ‘’following the suspension of Chairman Martin pending the investigation and final determination of the cases against him, you are kindly reminded of you constitutional duty of taking over the office and duties of the constituency chairman until further notice.

Earlier, Mr. Andonye had indefinitely suspended the party’s 2016 parliamentary candidate for the Nadowli/Kaleo constituency, Elvis Botah, who has been appointed a deputy National Organizer of the NPP.

The indefinite suspension has since been quashed by Mr. Kangberee. 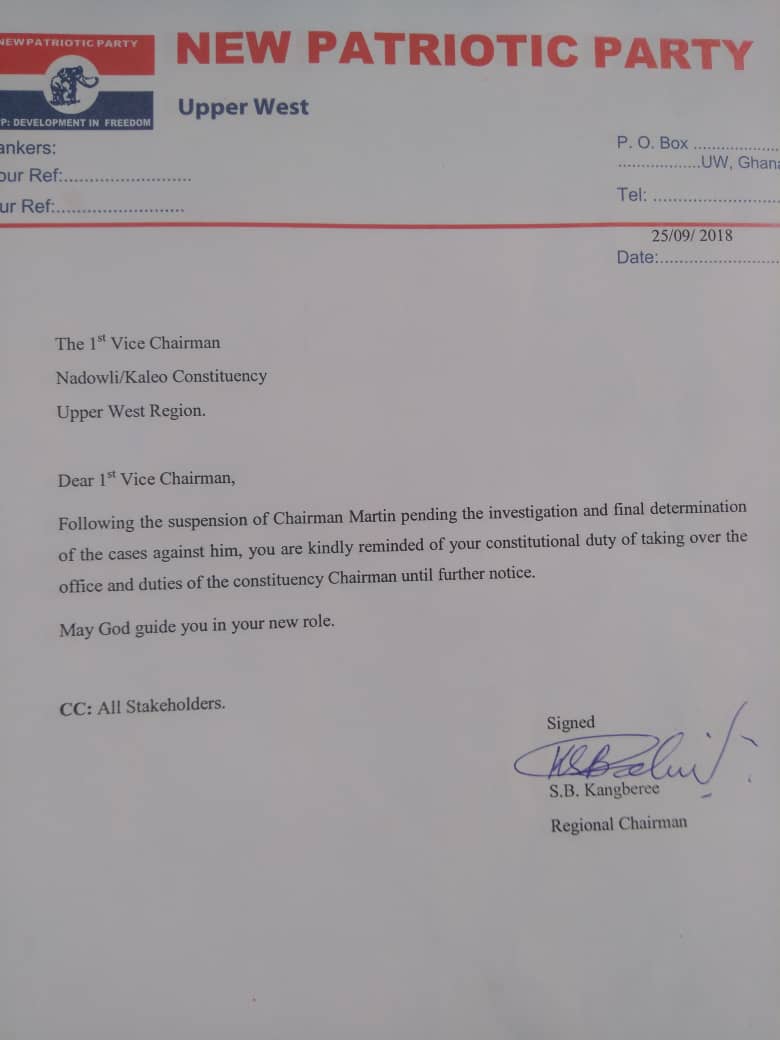