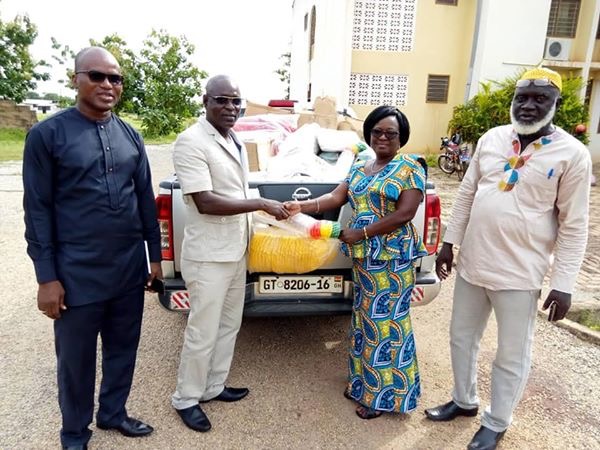 The Municipal Chief Executive Officer for Lawra in the Upper West Region, Martin Bombaire has advised parents in the Municipality to take steps that will motivate their wards to stay in school.

Mr. Bombaire who led a delegation comprising the Municipal Director of education, Mrs. Theresa Ninnang Sung-Aabo, the Municipal Coordination director, Mohammed Abdul Majeed, the Public Relations Officer for the Ghana education service, Amos Gyetuo as well as the circuit supervisor for Lawra West, Judith Irkuu among other dignitaries explained that it was imperative for the parents to take the education of their wards seriously, adding that it is the best investment they can make in anticipation a bright future.

The Municipal Chief Executive was speaking during a tour of selected schools in the Municipality to mark ‘’my first day in school’’.

The programme was organised by the Municipal Directorate of the Ghana Education Service.

In all, twelve (12) teams visited the new entrants (KG2 and P1) in the schools across the Municipality.

A good number of parents accompanied their wards to the schools which saw the pupils receive packs of candies, biscuits, cups and fruit drinks, while parents also received T’shirts and caps.

The Lawra Municipality has Forty (40) primary schools and Forty-five (45) KGs.

The program “My First Day at School” is a government motivation initiative for new entrants to KGs and Primary Schools.

Though it is usually conducted on the first day of every academic year, this year saw a postponement of the program from 11th September to today 17th September, 2018.