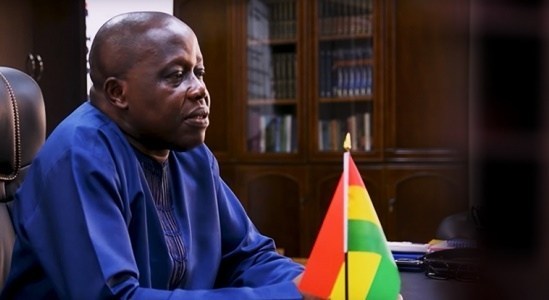 The ruling New Patriotic Party (NPP) Member of Parliament for the Efutu Constituency in the Central Region, Alexander Afenyo Markin has revealed that the Vice Chancellor of the University for Education Winneba flatly refused to heed advise from the Minister for Education, Mathew Opoku Prempeh after he called him to order on several  occasions.

According to him, Rev. Fr. Prof. Anthony Afful Broni was told by the Minister to stop being vindictive and rescind all decisions with regards to the transfer and dismissal of staff of the University.

‘’In October 2018, I was in the Minister’s office together with the Vice Chancellor, the governing Council Chairman and one prominent citizen from Winneba. And the Minister told the Vice Chancellor that he had heard that Aveah Nsoh and some others were being brought before the disciplinary committee and that he was pleading that they should halt that process. He advised that they should go by the president’s call for reconciliation in the school. And I vividly recall the Minister telling them that he was pleading with that all those that they intend to dismiss, they should stop it’’ he said.

Mr. Afenyo Markin continued that ‘’when we left the Minister’s office, the Minister called me later and told me that it appears to him that the Vice Chancellor and the Chairman of the governing Council did not understand what he told them and so I should advise them. That weekend when I got to Winneba, I called the Vice Chancellor and told him that I wanted to meet him and the Governing Council Chairman and that I have a message for them. We met at the residence of the MCE and I told them that the Minister said whatever it is that they intend to do, they should stop it and take steps to reconcile the University. I even heard that one of the persons they intended to dismiss, one Agbesi had attempted suicide and so he should use his discretion and grant them amnesty’’.

Mr. Afenyo Markin who has since called for the resignation of the Vice Chancellor said that is the only way normalcy can be restored to the University.