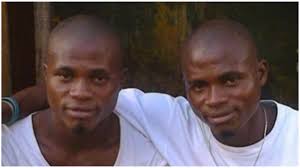 A set of Nigerian twin brothers have been laid to rest after they reportedly died from the same ailment barely 7 months apart.

It is often believed that twins share a bond quite different from what regular siblings have and most times, it is often stronger and not easily broken.

Perhaps, this explains the tragic death of two twin brothers in Nigeria. According to reports, they both died from the same illness.

The 33-year-old brothers, Uchenna and Chinaza Ebubeogu, were identical twins. Uchenna passed on in November, 2018, after suffering an illness. Chinaza died in June, 2019 of the same ailment, according to friends online. 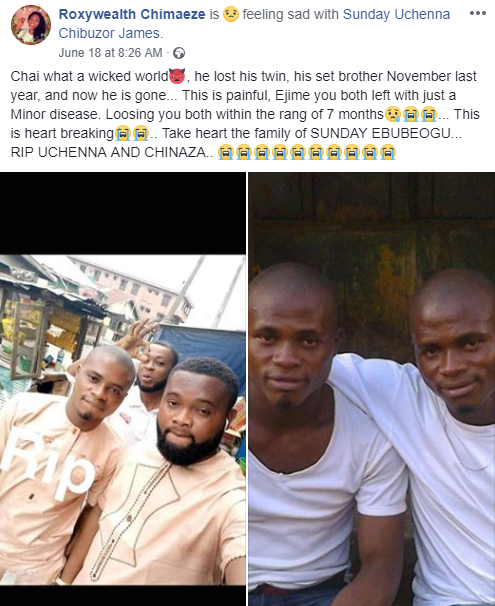