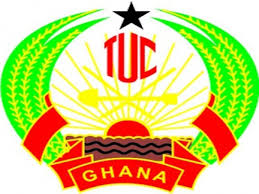 The Trades Union Congress (TUC) is not relenting in its calls for government to back down on the National Cathedral Project, insisting that it is not a priority for the nation.

Deputy General Secretary of the TUC, Joshua Ansah says there are much more pressing issues in the country that should engage government attention rather than the national cathedral project.

The union’s renewed calls come on the heels of the announcement by the finance Minister while delivering the 2019 budget and government economic policy statement last Thursday that government was providing seed money for the national cathedral.

The announcement by the Minister took many by surprise because government had initially told the generality of the Ghanaian people that it was not committing any money into the project and that it was going to be funded solely by the private sector.

The TUC is not in the least enthused about the new twist of events and is impressing upon government to backtrack on the move.

Having officially issued a statement to register their protest against the issue, the TUC says it will hold a crunch meeting on December 4 2018 to discuss the 2019 budget and issue a statement on same.