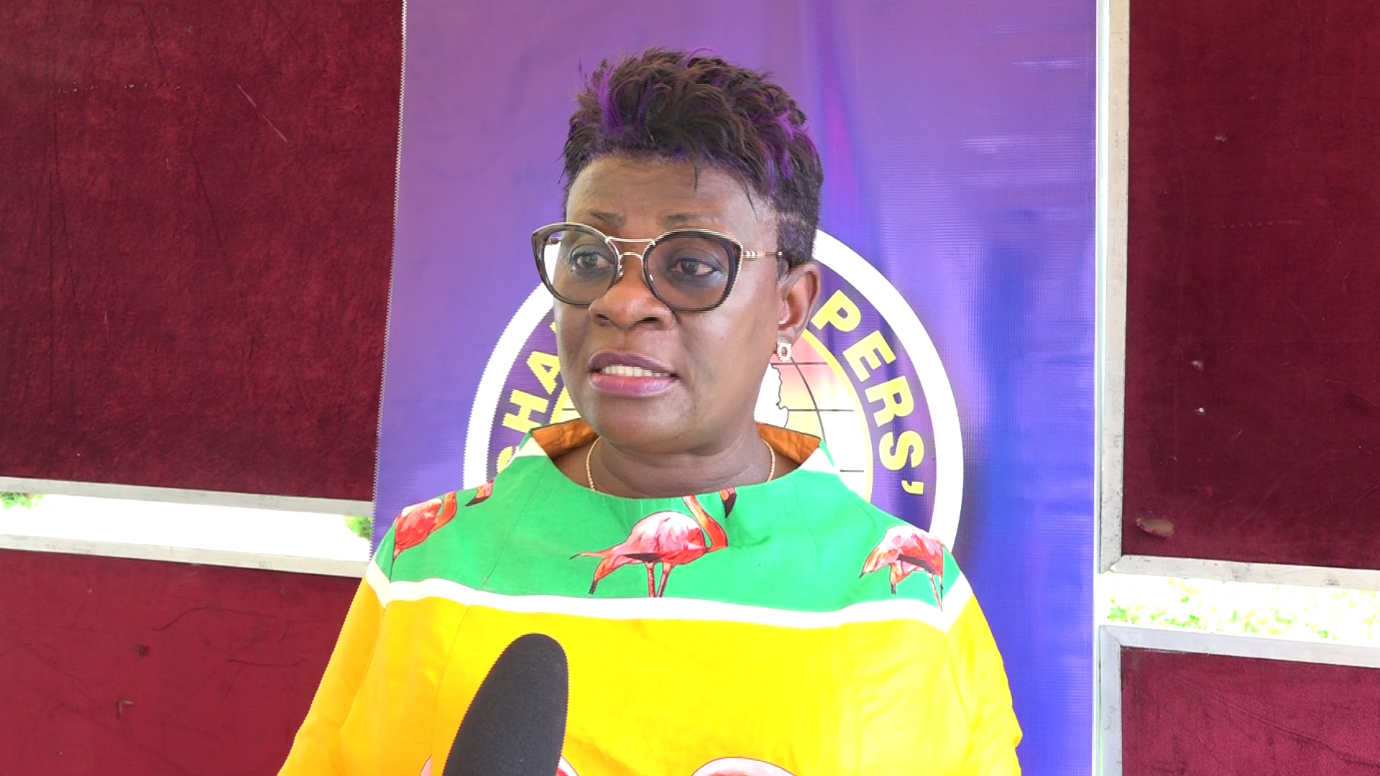 The Ghana Ports and Harbours Authority, Ghana Maritime Authority, and the Ghana Shippers’ Authority, have reassured of their commitment to support government’s objective of using the ports of Ghana as a catalyst to attaining development and economic growth.

At the recent state of the nation address, the president of the republic, Nana Addo Dankwa Akufo Addo emphasised conspicuously, the significance of Ghana’s Ports in driving the agenda of government towards economic growth.

The Chief Executive Officer of Ghana Shippers Authority, Benonita Bismarck said the Authority’s mandate is to promote and protect the interest of shippers across the country and that they have been doing this by way of education, sensitisation and negotiation of freight rates with various service providers.

She said as part of the government’s agenda to grow business, the Authority ensures that its various stakeholders do not pay more for the services that they enjoy.

Acting Director-General of Ghana Maritime Authority, Daniel Appianin said the public was going to see a Ghana Maritime Authority that is not just sitting on land and regulating but an authority that is going to be on Ghana’s water ways both inland especially the Volta Lake and on sea to ensure that their core mandate of regulating by ensuring safety and proper navigation is achieved.

The General Manager, Marketing and Corporate Affairs of GPHA, Esther Gyebi-Donkor said the Authority has at the port level tried to actualise the dream of the government to create a third port in Keta and “we have taken the steps and the executive instrument has been issued by the government and we are making preparations. We have a MoU with Diamond Cement and very soon we expect to start something there. Major feasibility study will be done. 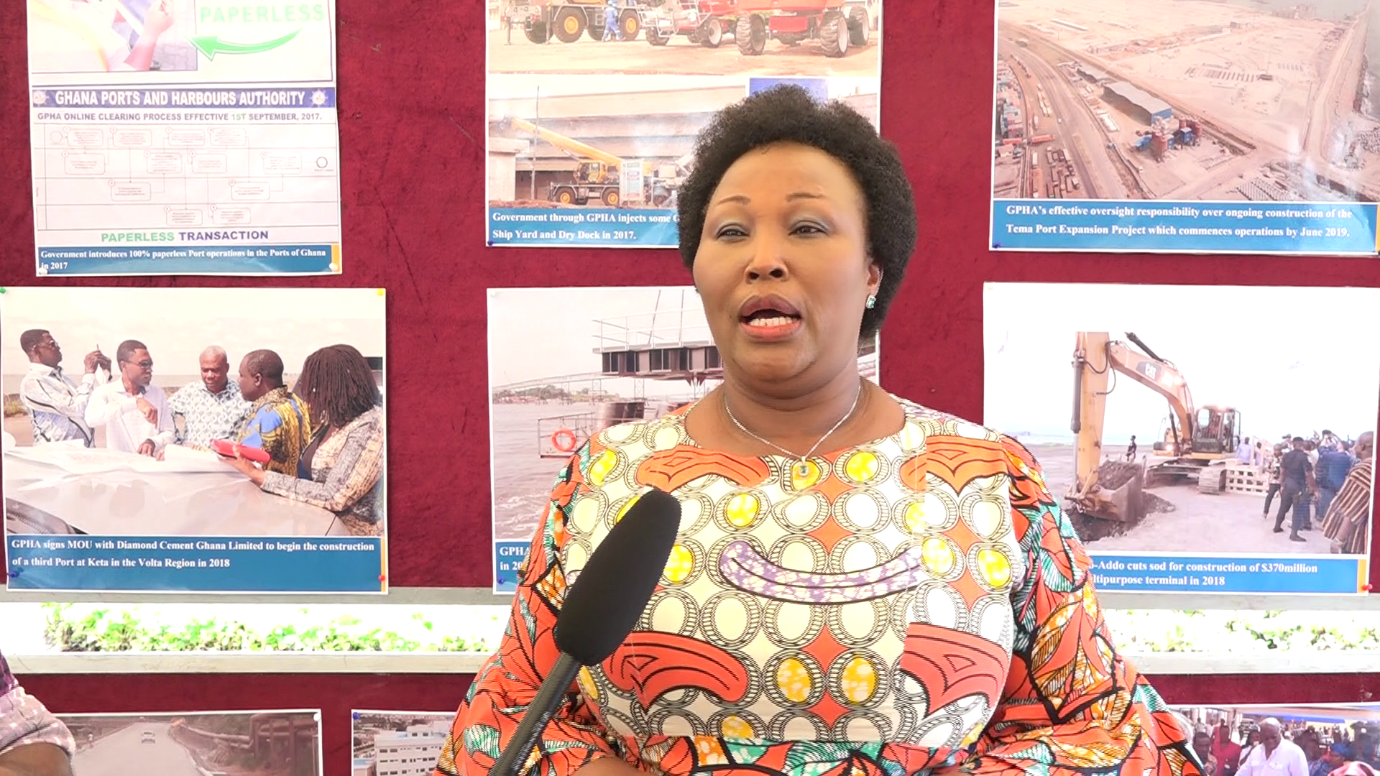 The Ghana Shippers Authority CEO, Benonita Bismarck again emphasized that in keeping with the mandate of protecting shippers’ interesst, her outfit has continued to mediate between service providers and stakeholders in the shipping industry, in order to present the industry favourable for shippers.

“We think that we need to provide some services for our shippers especially the truck drivers along the corridor because it is mandatory that after a certain number of hours, they rest and then continue. But if they are to rest along the road side where can they rest because you find a lot of trucks parked haphazardly by the road side and so we are thinking of putting in place a freight park so that the truck drivers can stop.

She said the Ghana Shippers Authority is also teaming up with GOIL so that they can put up a service station where the truck drivers can refuel.

She disclosed that the Shippers’ Authority, although an advocacy organization, has committed to certain projects to improve the workings of shippers.

“We have shippers complaints and support unit at all the entry and exit points including the KIA; we have one in Elubo, one in Paga, one in Aflao and in Canon which is a joint boarder post and they are all manned by personnel of the Shippers Authority. They are available to answer any questions to help with any complains and especially when there’s harassment from maybe Police personnel or sometimes from customs or immigration, they are there to assist. If there questions with clearance processes, we there to provide the need to be. We have our e-platform.”

“We procured about seven of them of which two of them is for recue; that’s in case of accident you should be ready for rescue so three of them is purposely for that and the remaining five is to enable us to do enough patrol on the seas. We are in the process of acquiring additional two through the procurement process and that one will be sent to the Volta Lake so that we will be able to regulate, control and monitor the activities of boat operators,” he stated.

He said one notable initiative the Authority embarked on, was the removal of tree stumps in the Volta Lake, which had been a major cause of on-water accidents for a while.

“Beyond that we are talking of the removal of tree stumps to ensure safety of navigation. We have to clear navigational channels and route along the Volta Lake, that’s the major cause of accident and so we believe as an authority we have to invest so much there and that’s what the Minister talked about. The first phase is done and we are probably looking at moving forward,” he commented.

Esther Gyebi-Donkor, General Manager, Marketing and Corporate Affairs of GPHA, revealed that, a significant increase of 14.6% of cargo was handled in the Tema Port alone from 2017 to 2018 with export traffic gaining steadily increasing.

She said Ghana Ports have been able to secure transit traffic for exports resulting in a whopping 3000% increase in 2018.

She stated that, with GPHA and other lead agencies like customs championing the Paperless Port initiative, it is working and improving port clearance processes.