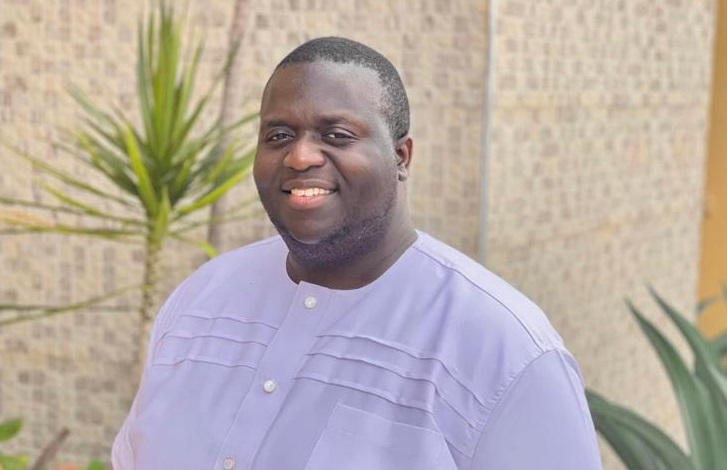 Gospel artist Daniel Toffey Jr, who has roots from the Jomoro area in the Western Region of Ghana but resides in the United States of America (USA) had come to Ghana with his father and mother to attend the funeral of an in-law.

The mother stayed behind while Daniel and his father, also Daniel Toffey Sr. took the lead back home to Pataskala, Ohio – a suburb of Columbus in the USA.

But unfortunately, tragedy struck on board United 997 while in the middle of the Atlantic when the young Daniel died in what is suspected to be a case of pulmonary embolism. [A pulmonary embolism (PE) is a blood clot that develops in a blood vessel in the body (often in the leg). It then travels to a lung artery where it suddenly blocks blood flow].

A report by Dntghana said Daniel Junior died as his father Daniel Toffey Sr. looked on helplessly – in flight.

After having sat for a while, the victim was said to have attempted to stand up to go and use the restroom when his movement became shaky and was soon gasping for air.

One young lady shouted “we need a doctor, we need a doctor.” At that moment, what appeared to be a sixth sense got the senior father to jump from his business class area and rushed to the scene although the flight crew instructed everyone to remain in their seats.

Unfortunately, with as many as seven doctors on board, and with tools with which those doctors were “impressed” for United Airlines to have on board, Daniel Toffey Junior, who worships with PIWC in Columbus North still suffocated to death in flight.

The flight took off from the Kotoka International Airport around 11pm on Sunday and was scheduled to arrive at Washington Dulles early on Monday.

But as a result of the tragic incident, the flight was diverted to Bermuda where all 178 passengers were lodging at Grotto Bay Resort pending their continued travel to Washington.

Jesse Lasuer, a neighbor at business class told DNT how the deceased father was holding up in spite of the monumental loss. “Although he is holding up just fine, you can just see the pain in his eyes,” Lasuer recalled.

Daniel Toffey Sr. had come to Ghana with his wife and Gospel Artist son to attend the funeral of an in-law. The wife stayed behind while father and son took the lead home to Pataskala, Ohio – a suburb of Columbus.

The Junior Toffey was scheduled to launch his album on June 4 with Joe Mettle scheduled to attend in Columbus.

The Toffeys hail from the Jomoro area of Ghana.

Reacting one person who witnessed the incident wrote: “I was on the flight and I witnessed everything fiilifili. Hmmmm! This world is full of uncertainties. We got stranded at the Bermuda Airport for almost fifteen hours before they got us a flight to Washington Dulles Airport last night. It was a harrowing experience. I have never experienced such a thing in my life. Terrible. Anyway, I pray for the soul of that young man.”