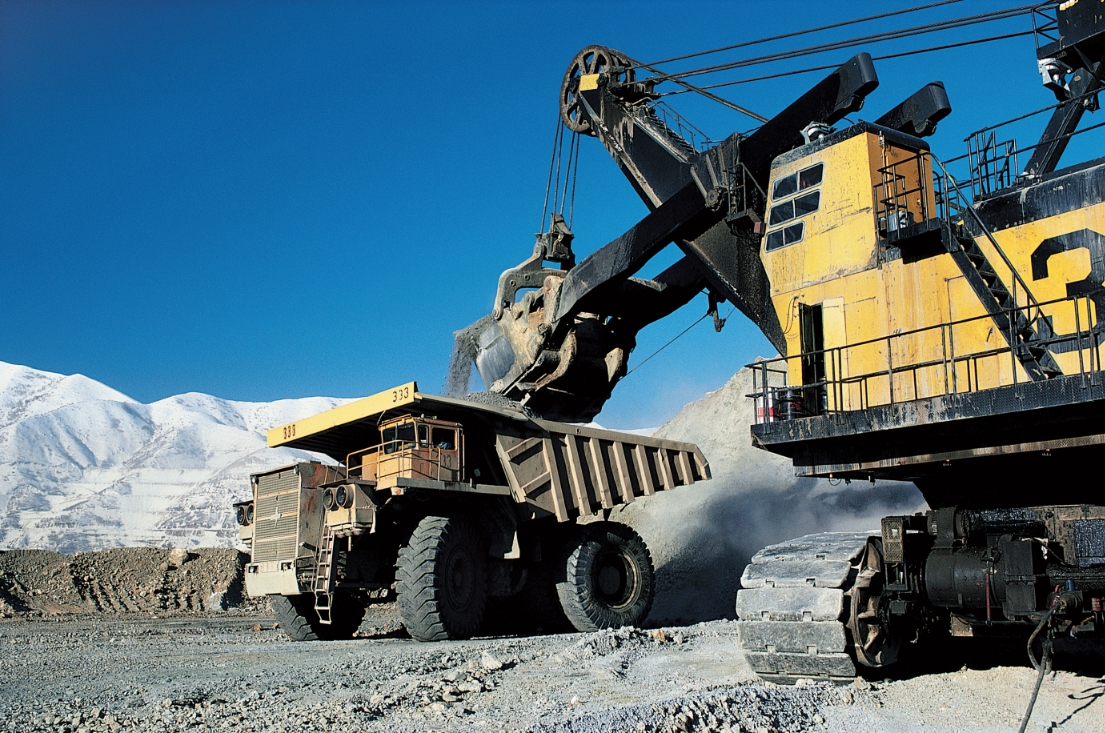 The Inter-Ministerial Committee on Illegal Mining (IMCIM) under the auspices of the Presidential Committee on Environment and Natural Resources has indicated that it is taking steps to fix trackers on all mining equipment including excavators.

In a release signed by Charles Cromwell Nanabanyin Onuawonto Bissue, Secretary to the IMCIM and Presidential Staffer, the Committee has announced that all earth-moving equipment whether they are owned by miners or rented, are to be fixed with trackers before they are allowed to work. Cost of fixing the tracking device is GHS 2, 000.

He also stated that excavators used in mining are to be registered by the DVLA at the cost of GHS900.

The statement also cautioned that excavators without the trackers and the DVLA number plates will be arrested without delay.

The statement further gave the deadline for the exercise as Friday, 22nd February, 2019.

The following document gives further details about the announcement. 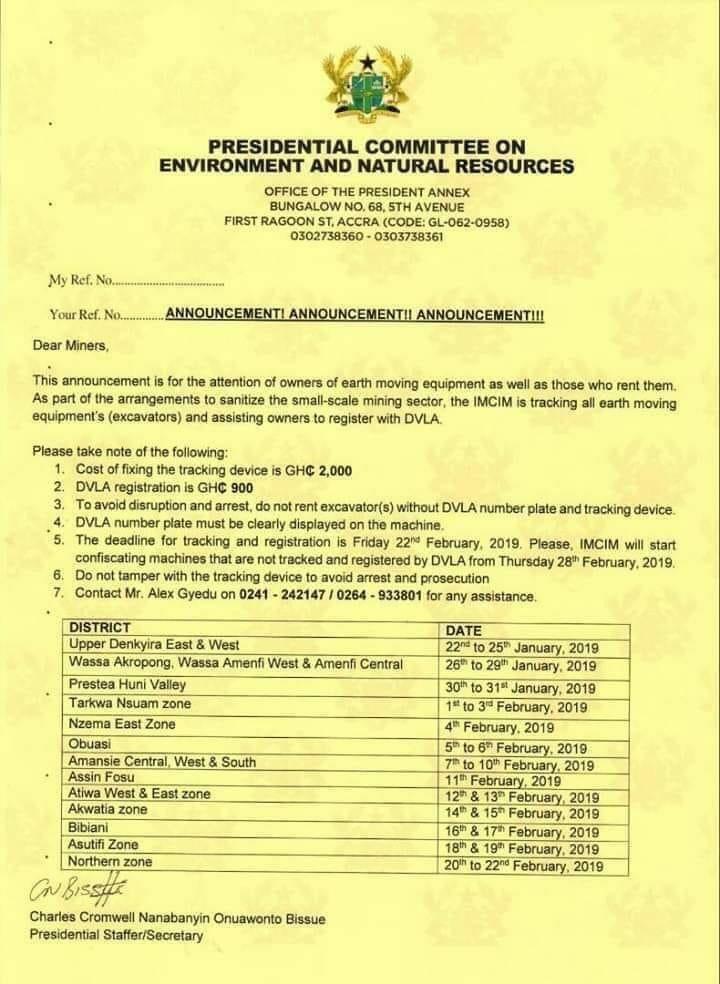