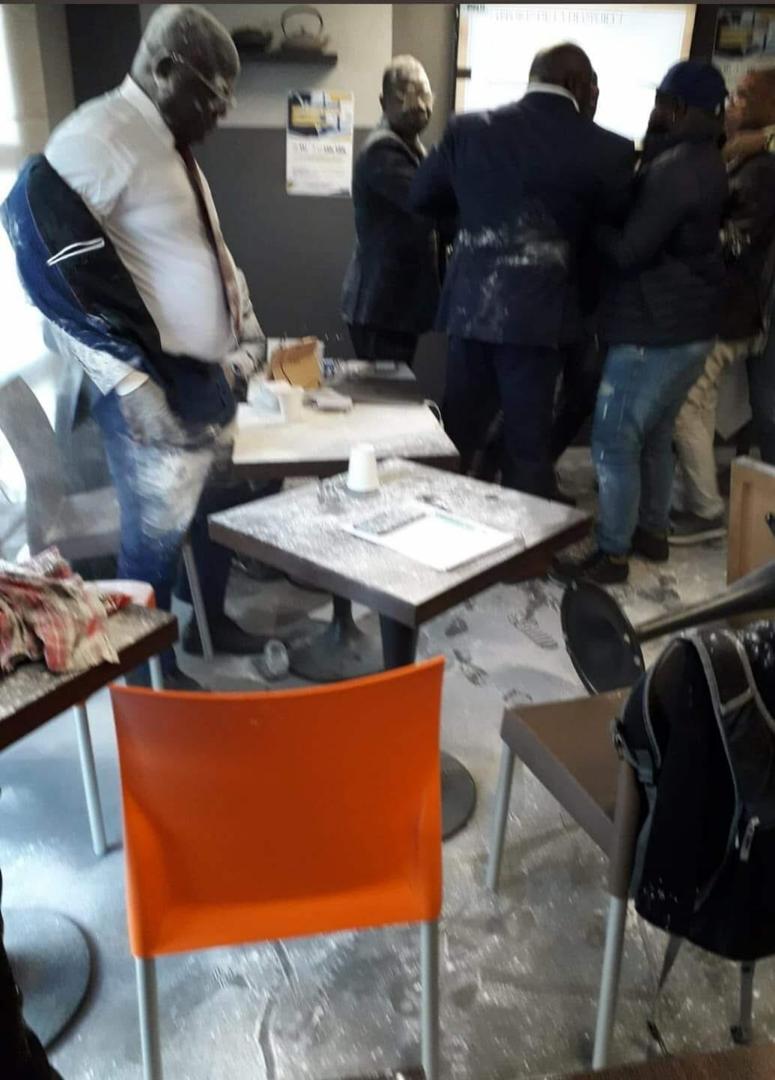 Togolese officials who were in France for some official engagements had the shock of their lives when nationals of Togo descended on them and poured flour on them.

Their anger stems from the recent amendments in the country’s constitution which allows current president, Faure Gnassingbe to stand for elections two more times or ten more years.

The incident which took place on Sunday was reported by one Farida Nabourema.

The move can be described as an extension of the anger of the people of Togo, since the amendment was announced.

The Togolese nationals in France who carried out the attack described the officials as people who have betrayed the country and have no conscience.

Faure Essozimna Gnassingbé Eyadéma has been the President of Togo since 2005. Before assuming the presidency, he was appointed by his father, President Gnassingbé Eyadéma, as Minister of Equipment, Mines, Posts, and Telecommunications, serving from 2003 to 2005.